Srinagar, March 15: After two militants including a top Jash-e-Mohammad commander were killed, the government forces have established “contact” with a third militant at Rawalpora area of south Kashmir’s Shopian district on Monday afternoon.

A police officer told the news agency that “contact” was established with third militant hiding in the area.
Earlier top JeM Commander Jaish commander Wilayat Lone alias Sajad Afghani and another local militant were killed in the gunfight.

A Senior Police officer said that fresh firing resumed after lull of 24 hours this morning and one militant- Afghani, who he said was instrumental in recruiting militants in South Kashmir, especially in Shopian, was killed. The encounter had ensued around 8 p.m. on Saturday.

“At about 2000 hours based on specific input generated by Police regarding presence of militants in village Rawalpora area of Shopian, a joint cordon and search operation was launched by Police, 34RR and 14Bn of CRPF in the area,” a police spokesman had said.
“During the search operation, as the presence of militants got ascertained they were given opportunity to surrender, however, they fired indiscriminately upon the joint search party, which was retaliated leading to an encounter,” he had said, adding, “Due to darkness the operation was suspended however the cordon remained intact throughout night. On (Sunday) morning, repeated announcements were again made to hiding militant to surrender, but the militant fired on joint search party which was retaliated and so far one militant identified as Jahangir Ahmad Wani son of late Abdul Rehman Wani resident of Rakh Narapora Shopian, affiliated with LeT outfit was killed.”

As per police records, Wani was active since 01/09/2020 and was involved in several militancy-related cases including attacks on security forces, he had said.

“Arms & ammunition including USA made M4 Carbine rifle and other incriminating materials were recovered from the site of encounter so far. All the recovered materials have been taken into case records for further investigation and to probe his complicity in other crimes,” he had said, adding, “During the encounter, three houses caught fire while as a group of miscreants tried to disrupt the operation and created law & order problem near the encounter site during which some miscreants were also injured.

However, to track the other hiding militants, cordon and search operation in the area was still going on, the spokesman had said in the statement issued last evening. “Further details shall be accordingly communicated.” 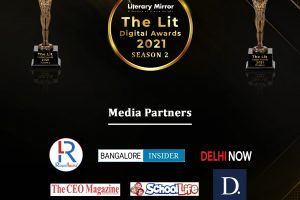