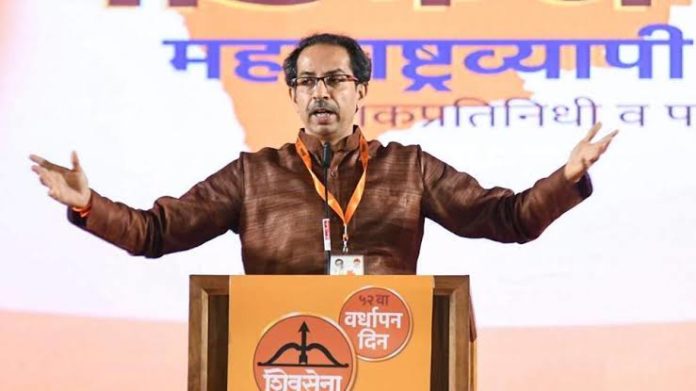 Maharashtra Chief Minister Uddhav Thackeray on Sunday said that he was waiting for the Supreme Court’s decision on the Citizenship Amendment Act (CAA) before the Shiv Sena reveals its stance.
“A very wrong message is being sent in the name of CAA to the country. Some people are planning to challenge it in court. We would first like to see what the court decides on CAA, we will clear our stance on it then,” Thackeray said at a press conference here. Targeting BJP, Thackeray said that it was trying to politicise the issue of statements made on Vinayak Damodar Savarkar by the Congress MP Rahul Gandhi and added that the Maha Vikas Aghadi coalition was functioning on the basis of the coalition and not the ideology.
“Our government (in Maharashtra) is running on the basis of the Common Minimum Program (CMP) and not on ideology. BJP is trying to wrongly politicise the issue. Our thoughts on Savarkar are the same today as they were before,” he said.
The BJP had escalated the attacks on the Shiv Sena after Congress MP Rahul Gandhi’s remarks targeting Hindu ideologue Vinayak Damodar Savarkar.
The BJP had demanded Shiv Sena to respond befittingly to Gandhi and also questioned its presence in the Maha Vikas Aghadi, along with Congress and Nationalist Congress Party (NCP).
Meanwhile, in a stern message to ally Congress, Shiv Sena on Saturday said that it will not compromise with its stand on the Hindu ideologue, whom it described as a “God-like figure”.
Hours after former Congress president Rahul Gandhi’s statement on Savarkar, Shiv Sena leader Sanjay Raut said the Hindu ideologue had also a major contribution in the freedom movement like Jawaharlal Nehru and Mahatma Gandhi.
“Every such God-like figure should be respected. There is no compromise on it,” he added.