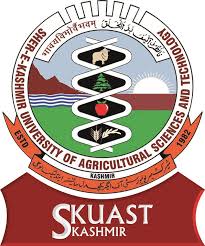 The new high-density plant varieties of pear, which are introduced by the scientists of Sher-e-Kashmir University of Agricultural Sciences and Technology (SKUAST) are revolutionising the horticulture sector.These new varieties are expected to benefit the growers in Kashmir by boosting the growth of pears.

According to scientists, these new varieties and high-density plants have a good capacity to give large quantities of fruit within a short period of time compared to traditional plants.The scientists are monitoring experimental fields where they have planted a good number of high-density pear trees.

Suhail Mushtaq, a B Sc student at the university said, “There are four high-density varieties of pear, which are Early Desire, Lucas, William Barttlet and Conference. These varieties are not available in the local market and are mid-season variety with different taste and yielding capacity. These features of pear have increased the demand in the market.”

“Budgam area is prominently known for growing fruits like pears. The farmers are interested in taking the high-density variety of pear,” he added.