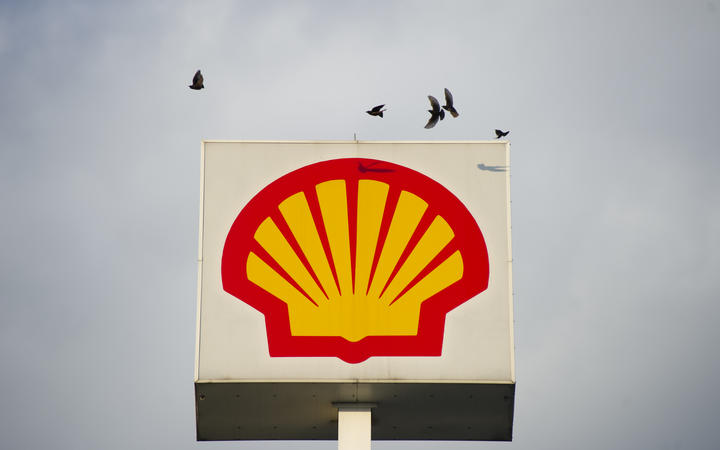 LONDON: Royal Dutch Shell is betting on its expertise in power trading and rapid growth in hydrogen and biofuels markets as it shifts away from oil, rather than joining rivals in a scramble for renewable power assets, company sources said.

Shell and its European rivals are seeking new business models to reduce their dependency on fossil fuels and appeal to investors concerned about the long-term outlook for an industry under intense pressure to slash greenhouse gas emissions.

Shell will present its strategy on Feb. 11 and unlike Total and BP the company will focus more on becoming an intermediary between clean power producers and customers than investing billions in renewable projects, the sources said, giving previously unreported details of the plan.

Shell announced in October it would increase its spending on low-carbon energy to 25% of overall capital expenditure by 2025 and the sources said that would translate into more than $5 billion a year, up from $1.5 billion to $2 billion now.

The Anglo-Dutch company will, however, keep its overall oil and gas output largely stable for the next decade to help fund its energy transition, though gas is set to become a bigger part of the mix, the sources told Reuters.

A Shell spokeswoman declined to comment on the details of the company’s new strategy ahead of its February announcements.

BP, meanwhile, plans to slash its oil output by 40% by 2030 and has swept aside its core oil and gas exploration team to focus on renewables, with spending on low-carbon energy set to rise 10-fold to $5 billion over the coming decade.

While Europe’s big oil firms are all rolling out strategies to survive in a low-carbon world, investors and analysts remain sceptical about their ability to transform centuries-old business models and triumph in already crowded power markets.

Central to Shell’s plans are its experience in trading all types of energy from oil to natural gas to electricity and its vast retail network, which has more outlets than either of the world’s two biggest food chains, Subway and McDonald’s.

Shell is already the world’s leading energy trader, an activity it calls “marketing”. It trades about 13 million barrels of oil a day, or 13% of global demand before the pandemic, using one of the biggest fleets of tankers.

It is the top trader of liquefied natural gas (LNG), buys and sells power, biofuels, chemicals and carbon credits, and now aims to use its pole position to snare a large chunk of the fast-growing low-carbon power market.

“The future of energy is particularly bright for our marketing and our customer-facing businesses where we already have scale. So we will accelerate a growth plan which is already underway,” Chief Executive Ben van Beurden said in October.

Trading has been key for oil majors for decades, allowing them to use their global operations to quickly take advantage of changes in supply and demand. Shell’s trading helped it avoid its first-ever quarterly loss in the second quarter of 2020 even as consumption plummeted due to the coronavirus epidemic.

Nevertheless, analysts say Shell’s trading division will face a challenge because it is heavily reliant at the moment on sales of refined fossil fuel products, which also account for a large proportion of its carbon emissions.

“Shell faces difficult choices on how to balance its trading cash flow that leverages oil products while still having carbon-intensive operations,” JP Morgan analyst Christyan Malek said. “But because of their scale, customer base and distribution, they can be much more flexible.”

At the same time, Shell plans to boost its consumer base by expanding its electricity supply business for homes and its network of electric vehicle charging points, as well as signing long-term corporate power purchase agreements (PPA).

As a major biofuel producer, Shell wants to ramp up its production of fuel made from plants and waste as an alternative source of energy for transportation, the sources said.

Shell’s is also betting on future growth in hydrogen, the sources said. While still a niche market, hydrogen has attracted huge interest in recent months as a clean alternative to natural gas for heavy industry and transportation.

Hydrogen, and so-called green hydrogen which is made solely with renewable power, comes with high costs and infrastructure challenges though Shell is already investing.

Its push will centre initially on Europe, where it is developing a hydrogen hub in Hamburg, Germany, and it is one of several firms developing a hub in Rotterdam in the Netherlands. It is also looking to expand into the United States and Asia.

The U.S. state of California, for example, is backing the rollout of hydrogen fuel cell vehicles to help achieve its climate goals while countries such South Korea and Japan are betting heavily on hydrogen as an alternative fuel.

The sources did not give any targets for increases in Shell’s production of either hydrogen or biofuels.

Like Shell, rivals including BP, Total, Italy’s Eni and Spain’s Repsol also plan to expand in hydrogen and biofuels markets, as well as add electric vehicle charging points to generate new revenue away from oil.

However, Shell won’t chase the same ambitious targets some of its European rivals have for adding wind and solar generation capacity and will prioritise trading and selling electricity instead, the sources said.

Shell is wary about investing heavily in renewable projects where it won’t have any particular competitive edge over other oil companies or utilities, such as Spain’s Iberdrola and Denmark’s Orsted that are already becoming significant green energy producers.

Shell will still expand its renewable capacity, especially in offshore wind farms where it believes it has an advantage after years of operating offshore oilfields, but the business will centre on profitability rather than size, the sources said.

“Shell will have some volumetric targets but that is not the focus,” a senior company official told Reuters. “A single focus on the volume of renewable energy generating capacity could be dangerous and lead us to some bad deals.”

Investors are concerned, however, that they may struggle to hit their profit projections by investing in costly renewable projects which typically have lower rates of return than oil.

Shell provided some details on its new strategy on Oct. 29, including a plan to narrow its oil and gas production to nine hubs, cut the number of refineries to six from 14 and boost its marketing business.

The company also announced plans to cut its workforce by up to 9,000 employees, or about 10%, by August this year as part of a broad cost-cutting review known as Project Reshape.