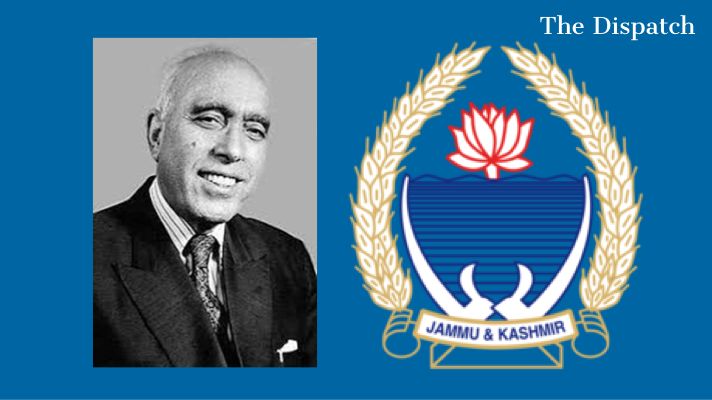 JAMMU: Over two years after dropping Sheikh Mohammad Abdullah’s name from the Jammu and Kashmir Police medals, the Union Territory Government has also replaced the state emblem with national emblem.

In January 2020, the UT Government had dropped Sheikh’s name from the medal. In latest order the Home Department has defined the pattern of embossing on both sides of the Police medal.

The State gallantry and meritorious medals for the Police have been known as the “Sher-e-Kashmir Police Medal” named after National Conference leader Sheikh Mohammad Abdullah.

The UT Government on Monday dropped his name and renamed the medal as “Nammu and Kashmir Police Medal”.

Founder of National Conference, Sheikh Mohammad Abdullah was the Prime Minister of Jammu and Kashmir between 1948 and 53, and Chief Minister between 1975 and 82.

A number of government schemes, hospitals, universities, roads, bridges and buildings were named after Sheikh Abdullah during his lifetime and after his death by the governments of National Conference from time to time.

Since the reading down of special status of Jammu and Kashmir, the name of Sheikh is being gradually dropped.