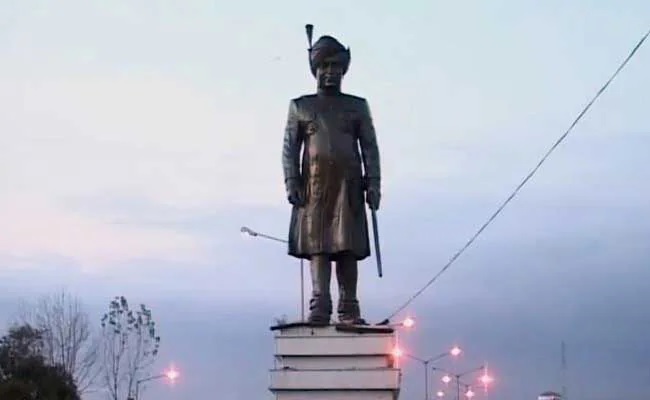 Zafar Choudhary
Add Comment
His birthday was celebrated almost on similar scale in 1948 as it used to be before that. However, in May 1949, the Maharaja was taken by surprise when he found September 23 missing from the gazette of holidays.

Along with the renewed Dogra renaissance, which has curiously coincided with brisk ascendancy of the Bhartiya Janta Party in Jammu region, demands have in recent years gained momentum for honouring the last Dogra ruler Maharaja Hari Singh with an official holiday on his birthday falling on September 23. The eagerness among the Dogras is more profound this year than ever before, as demonstrated by a number of events in Jammu today.

Long forgotten by none other than Dogras, particularly the first family of the royal dynasty, Hari Singh’s relevance was rediscovered during the Peoples Democratic Party-Congress regime between 2002 and 2007 under unique political circumstances.

While extolling virtues of his party’s pro-democracy campaign in the 1940s, Omar said, at a series of rallies in Jammu district: “we chased Maharaja away from Jammu and Kashmir”. There was some reaction to his statement by the Rajput community of Samba town (then part of Jammu district) which was marked by an instant protest in the busy market place.

By all measures NC’s main opponent in Jammu region in these elections was the Congress whose Chief Ministerial candidate Ghulam Nabi Azad was mainly rallying on the sentiment of Dogra identity and empowerment. In Azad, Jammu’s bruised Dogra sentiment saw the first real chance for a person from Jammu region to be able to become Chief Minister of Jammu and Kashmir, a post hitherto ‘reserved’ for Kashmiri Muslims.

“This yesterday’s boy, who has no qualification of his own other than being someone’s son or grandson, has absolutely no sense of history”, Azad said to thundering applause at a rally in Marh, on the outskirts of Jammu. Donning saffron headgears, Azad further said, “this boy, who is yet to learn how to tie his pants, has the audacity to talk about our Maharaja, our pride, we will never accept any insult to the founders of Jammu and Kashmir”.

This election saw Congress bagging 20 seats, up from seven the party had won in the previous elections. Fifteen of the 20 were from Jammu region even as five Independent winners also pledged their support to the Congress. The BJP position fell from six seats to an embarrassing one. The message from Jammu region was clear -Azad as Chief Minister.

While the Jammu verdict was clear, there were other ideas in Kashmir and Delhi. The National Conference which had won 28 seats to emerge as largest legislature party accepted its defeat and decided to sit in the Opposition -because no one from Abdullah family had won the elections. The Peoples Democratic Party which could win only 16 seats -all from Kashmir Valley -mounted pressure on Congress for Chief Ministership to Mufti Mohammad Sayeed with the argument that “pain and grief is in Kashmir which needs a healing touch, and, therefore, the new government has to be Kashmir centric”.

The Congress obliged, Jammu mandate was spurned and Mufti became the Chief Minister on November 2, 2002.

Mufti was a smart and thoughtful politician. He knew Jammu has been left hurt and livid. He also knew that a combination such as thrown by 2002 elections was unlikely to be repeated in future -which means very little chances for Jammu to get closer to the Chief Minister’s office. He wanted clear leadership for Kashmir but always liked to take Jammu along. To be able to deliver on his party’s agenda in Kashmir, it was important for him to keep Jammu in good humour.

Mufti started giving increased and personal attention to projects of high visibility in Jammu -particularly the Tawi basin area. He would personally attend a number of public functions to make a connection with the Jammu elite and make his intentions for progress of Jammu known to them. He also used to call the Jammu notables for consultations.

Among the various projects that came up or completed under Mufti was also the new Tawi bridge connecting Bikram Chowk to the flyover over Jewel Chowk. To the surprise of everyone, this bridge was named Maharaja Hari Singh bridge just a day before its inauguration in 2004.  This was in sharp contrast to another upstream bridge connecting Gujjar Nagar to Bahu Road. Inaugurated a few years ago under National Conference, this bridge was named after Sheikh Mohammad Abdullah, much to the chagrin of Dogras.

Mufti’s desire to stay on in office for full six years was culled by the Congress when it named Ghulam Nabi Azad as next Chief Minister under PDP-Congress partnership rotation. After taking over as Chief Minister in November 2005, Azad brought his Jammu centric promise to a mix of action and emotion. His wife Shameema Azad’s voice to Kishen Smailpuri’s legendary song ‘Tunde Jammua Ne’ endeared Azad to Dogra heartland.

Under his tenure, Azad ordered raising a life-size statue of Maharaja Hari Singh across the Tawi bridge. The impressive statue was completed under Omar Abdullah’s regime and inaugurated by Deputy Chief Minister Tara Chand.

Under Mufti’s second term, Jammu’s first upmarket jogger’s park along the Tawi banks was ordered to be constructed and named after Maharaja Hari Singh. Mufti personally visited the site twice to see the pace of work. The Housing Department under Mufti’s Deputy Chief Minister, Nirmal Singh of BJP, commissioned a statue of Hari Singh. The Hari Singh park and statue were inaugurated by Mufti’s successor, Chief Minister Mehbooba Mufti, in March 2018.

A year before, under Mehbooba regime, Maharaja’s legislator grandsons -Ajatshatru and Vikramaditya -one from BJP and other from PDP had brought resolution in the Legislative Council for official holiday on Hari Singh anniversary.

The demand for holiday on Maharaja’s birthday gained real momentum in April 2018 when on Mehbooba’s complaint BJP recalled Choudhary Lal Singh and Chander Prakash Ganga from her cabinet. Ganga returned to his businesses, but Lal Singh launched a political movement for, what he claimed, esteem and dignity of Dogra. He brought Maharaja Hari Singh to the center of his politics.

Thousands of people at Lal Singh’s May 14, 2018 rally in Kathua’s Hiranagar unnerved BJP. A competitive glorification of Maharaja unfolded here on with a number of organisations taking up the cause. Team Jammu, headed by journalist Zorawar Singh, is notable among them.

After the reorganization of Jammu and Kashmir hopes were running really high to see September 23 as official holiday in the gazette but that has not happened, much to the displeasure of Dogra people.

When was the last official holiday?

There is an interesting story behind Maharaja’s birthday. Birthdays of monarchs have always been state holidays and so was Hari Singh’s. September 23 would mark official celebrations across the state. The Maharaja would order release of prisoners on good behaviour, students would get scholarships, employees would get promotions and the poor people compassionate reliefs. This practice continued post the 1947 as well. Actually, there was a system of diarchy for few years and the Maharaja continued to have an official position. His birthday was celebrated almost on similar scale in 1948 as it used to be before that. However, in May 1949, the Maharaja was taken by surprise when he found September 23 missing from the gazette of holidays. He complained to Prime Minister Jawaharlal Nehru and Home Minister Vallabhbhai Patel. They asked him to visit Delhi for discussions and the Maharaja was never allowed to return ever after. 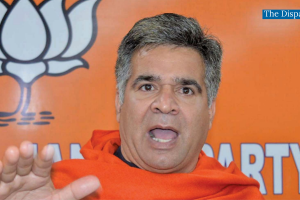 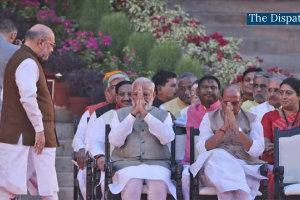 Over next 40 days, almost entire Modi Ministry to spread across Jammu & Kashmir 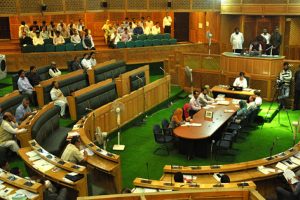 Will J&K Assembly have 90 seats? No, the final award is still with Modi Govt