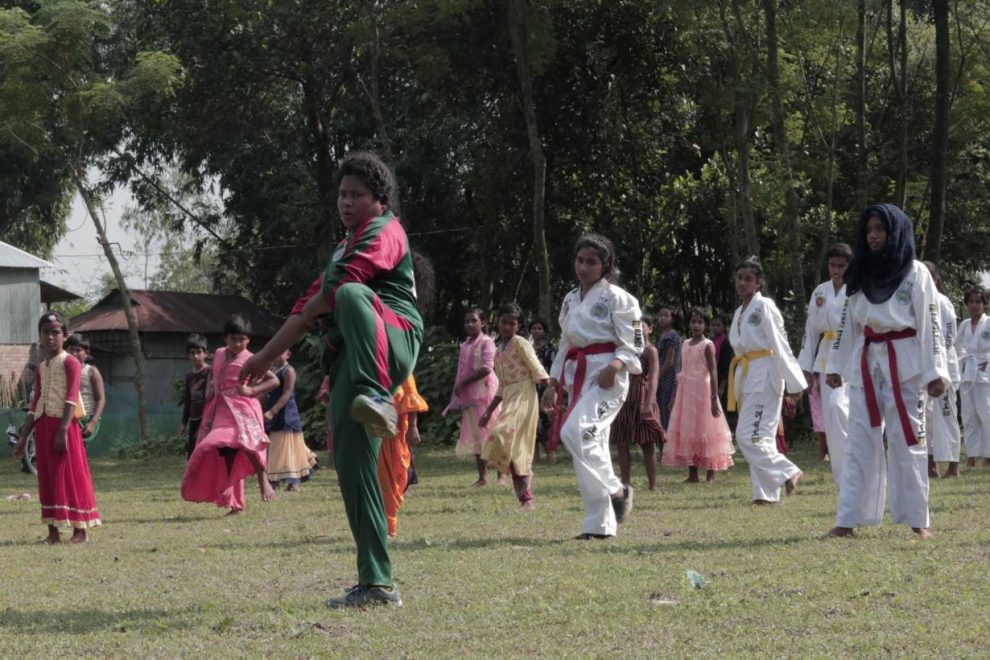 Santwana Roy was 16 when her parents asked her to marry a man from a wealthier family in rural Bangladesh.

Two decades later, Roy, an internationally-recognised taekwondo champion, is using martial arts to fight child marriage, which has surged during the pandemic.

Choosing an education over a teenage wedding changed Roy’s life irrevocably: she attended college where she picked up karate and later went on to win gold in taekwondo for Bangladesh at the South Asian Games.

Today her foe is child marriage, an illegal practice that impacts millions of girls in the impoverished South Asian nation, particularly those forced out of education by COVID-19 school closures.

“Martial arts makes both your mind and body strong, allowing you to take steps that you wouldn’t have taken before,” 36-year-old Roy told the Thomson Reuters Foundation.

“For the girls from my town, it can be a way out of child marriage and even to tackle sexual harassment,” she said.

Roy travels by motorbike to local villages and on playing fields teaches girls how to kick, roll and strike in self-defence – skills, she says, that breed confidence and strength.

Many of her pupils are the same age Roy was when she defied her mother and father and they can face resistance from families who view the sport with scepticism.

Bangladesh has one of the highest rates of child marriage in the world, despite laws banning marriage for girls under 18 and men under 21.

The rate of child marriage has dropped to 51% from more than 90% in 1970, but around 38 million women currently aged 20 to 24 were married when they were children, according to a U.N. report released this year.

Disruption to education caused by the coronavirus pandemic – which has killed more than 6,900 people in Bangladesh – combined with income loss and increased financial pressure at home risks undoing decades of progress.

Roy says half the battle lies in showing girls – and their parents – that there are alternatives to a life spent bearing children and doing domestic duties from a young age.

The parents of two teenagers who Roy trained recently wanted their daughters to marry because they weren’t attending school due to the coronavirus.

“But the girls told their parents about how I made a living through taekwondo and how they wanted to do something similar since they enjoyed training so much. For the time being, this stopped their parents from making them marry,” said Roy.

As a young woman, Roy attended – and won – several national competitions without telling her parents, fearing they would put a stop to her involvement in a sport “meant for men.”

When she was invited to Nepal in 2014 to compete in her first international event she decided she could no longer live with the deception.

“I thought: ‘what if my plane crashes?’ I had to tell my parents. I called them and they were really happy to know that I was competing for Bangladesh,” she added.

Roy is saving money to start a martial arts academy of her own that will offer elite training to girls from villages.

“My school could help create stronger and more powerful women,” she said.