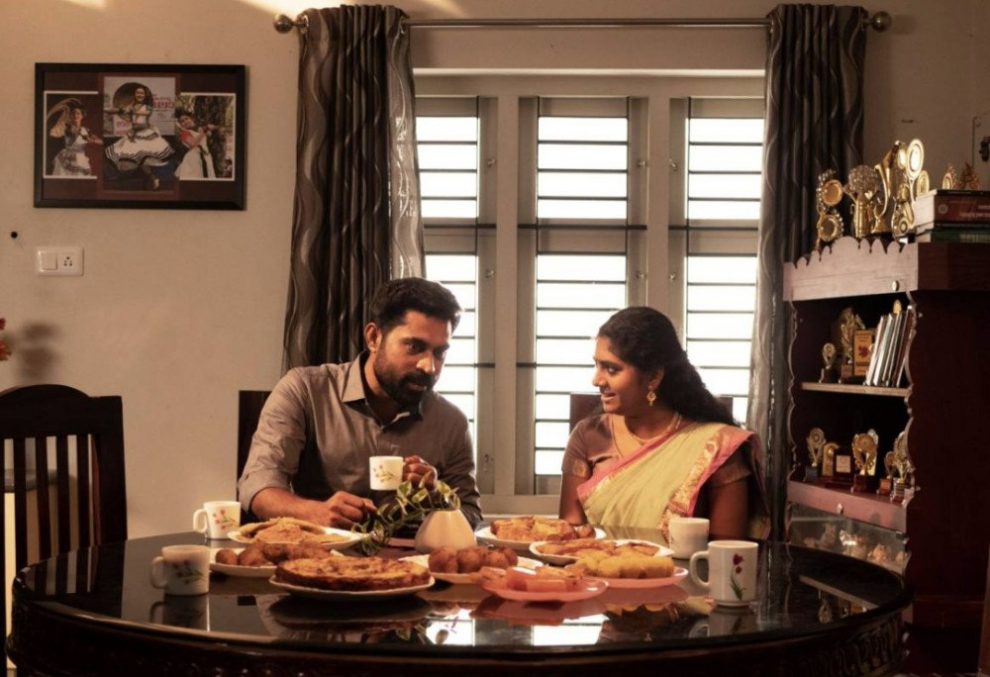 Not exactly an all-action thriller but scenes from a new movie making waves in India for its gritty portrayal of married life and what it says about sexism in the modern home.

She does a lot. He does not.

And the same thing happens day in, day out, in mind-numbing, mesmerising detail, in households across the nation

“The Great Indian Kitchen is a common story of most homes in every part of the country,” director Jeo Baby told the Thomson Reuters Foundation in an interview.

“My characters are nameless because they could be anyone, you, me or practically anyone in this country. The narrative would be the same – the women cooking, the men expecting more and everything being put down to ‘this is the way it is’.”

“We are so excited by the reactions that are continuing to pour in,” said the 38-year-old in a phone interview.

“The women are owning the movie as theirs, each one saying it is her story, while the men have reached out and said how guilty they felt watching it. Change will come when the guilt translates into action. We have to wait and watch for that.”

Stripped of the melodrama that is routine in Bollywood productions, the movie takes viewers into a typical kitchen where a newly-married woman begins and ends her every day.

She chops and cooks, washes and cleans – endlessly – and the drag of her day punches homes Baby’s message about the gender inequality that shapes most homes in modern India.

Few countries suffer such an imbalance when it comes to the average number of minutes per day spent on unpaid work.

An International Labour Organisation report states that on an average women in India spend about 297 minutes a day doing domestic work, compared to 31 minutes by men.

The movie opens with fritters sizzling on a stove, a man and woman swapping nervous introductions over a meal – then a wedding and the welcoming of a new bride into her in-laws’ home.

The camera then lingers on her life in the kitchen, capturing the painstaking prep of every meal, the scouring of each last tea cup and the growing frustration and fatigue of a new wife as the men loll on loungers, surfing the ‘net or playing cards.

“It struck me how easy it is to get stuck in a kitchen and the reality is that there is a lot of work.”

Baby said he started talking to women he knew, asking about their home life, the kitchen, duties and routines. What he found were common stories causing common “problems in all homes”.

Baby is a hands on father of two and credits his wife as creative director for all her work on his movie.

Baby said many men had messaged him after seeing his film, saying they were embarrassed to watch the movie alongside their wives and mothers. Baby himself has given up on the kitchen.

“I don’t enjoy cooking anymore, which is probably true of thousands of women,” Baby said, lamenting the dearth of recognition accorded to most home chefs.

“Besides the workload, the reality of Indian kitchens is frustrating. It is not always a great place to be.”