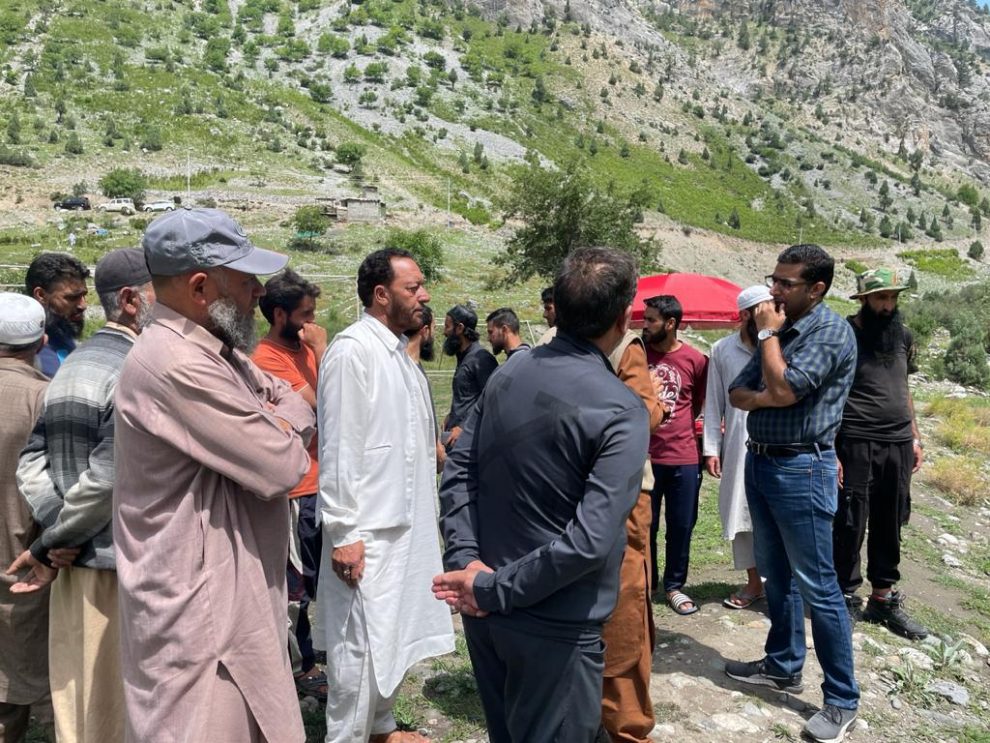 Dr Shahid discussed with representatives of local tribal communities of Dard-Shina about steps being taken for preservation of tribal culture, providing support for education and livelihood, basic infrastructure development and evolving towards the process of integrated tribal development. Locals raised the demands related to development of tourist villages, establishment of public libraries, hostel for Gurez students in Srinagar, sports facilities, awareness about government schemes, and some major infrastructure development initiatives.

The local representatives were informed about serious efforts being made by the government for focused development of tribal areas and key interventions being initiated this year in education, health and infrastructure sectors apart from special focus on youth and skill development. They were assured of immediate steps to be taken by the tribal affairs department for various issues of public importance raised and also extension of flagship schemes of tribal ministry to all uncovered areas. Convergence planning and community participation contours of tribal development were also discussed.

At the transhumant settlements of migratory tribal Gujjar and Bakkerwal population of Rajouri and Poonch feedback was obtained about issues faced during migration and camping sites. Vulnerability to natural disasters and lack of proper facilities were among major concerns highlighted apart from issues related to healthcare and education.

The Tribal Affairs Department is at advance stage of resource planning and long term 20-years perspective plan for tribal development which includes focused support for migratory tribal population as well as tribal village development. The schemes are being launched in a phased manner during current financial year.