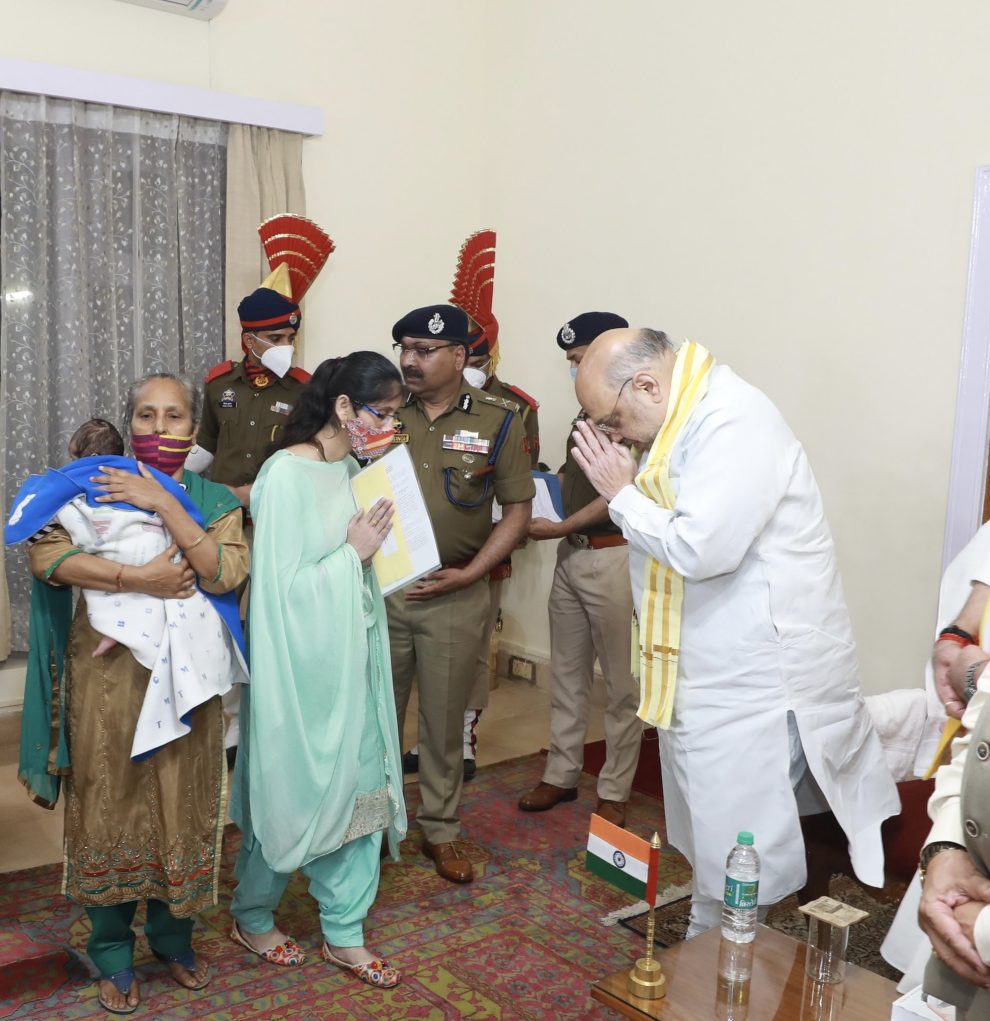 The Dispatch Staff
Add Comment
Shah reached Jammu Friday evening on a two-day tour and tweeted pictures of him handing over the appointment orders on compassionate grounds to the next of kin of the slain policemen.

Jammu: Prime Minister Narendra Modi-led government is committed to the welfare of security personnel of Jammu and Kashmir, Union Home Minister Amit Shah said here on Friday as he handed over appointment orders to the kin of four policemen who lost their lives in separate terrorist attacks in the Valley.
Shah reached Jammu Friday evening on a two-day tour and tweeted pictures of him handing over the appointment orders on compassionate grounds to the next of kin of the slain policemen.

“the entire nation is proud of the dedication and valour (of the policemen) to keep Jammu and Kashmir safe. The Modi government is committed for the welfare of all the policemen and their families, he said in a tweet in Hindi.

The minister also interacted with family members of the slain personnel, a Raj Bhavan spokesman said.

Pooja’s husband — selection grade constable Rohit Kumar –laid down his life during an anti-terrorist operation in village Sehpora-Pariwan in Kulgam district on January 12. The encounter resulted in the elimination of a dreaded Pakistani terrorist Babar.

Mohsin is the son of follower Mushtaq Ahmad who lost his life in a cross-fire between terrorists and a BSF patrolling party at Kunan in Bandipora district on May 9, 1993. In retaliatory action, one terrorist was also killed.

Interacting with the families, Shah said the entire nation is proud of the courage and commitment shown by these brave security personnel of Jammu and Kashmir Police.

Efforts are on to make tourists knowledgeable that every season is special in Kashmir: Dir Tourism
HM Shah lauds security forces for controlling terrorism in J&K
Comment