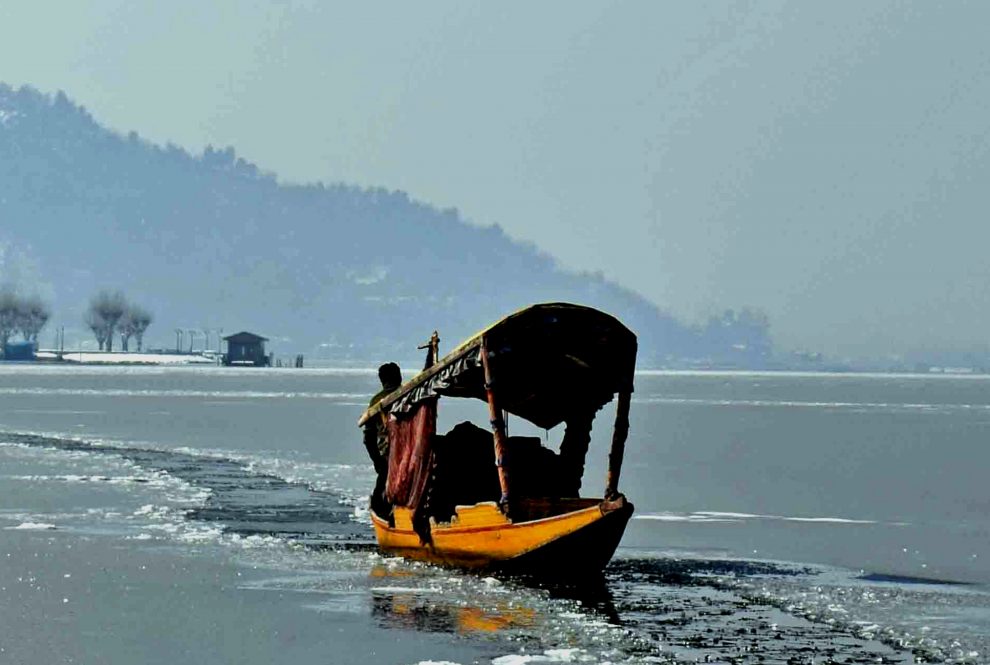 Srinagar, Jan 14: The world famous Dal Lake froze again on Thursday after Srinagar, the summer capital of Jammu and Kashmir recorded the coldest night in the last three decades at minus 8.4 degree Celsius.

Earlier, the coldest night at minus 10.5 degree Celsius in Srinagar was recorded on January 22, 1991 while the second coldest in last three decades was recorded at minus 8.3 on January 02, 1995.

After exactly three decades (thirty years), the summer capital of J&K recorded the coldest night at minus 8.4 degree Celsius while the weatherman here has predicted no major snowfall or rainfall till January 20.

“There is possibility of any major snowfall or rainfall till January 20 while minimum temperature would settle closer to minus 7 degree Celsius in the next coming days,” he said.

In the intervening night of Tuesday-Wednesday, the minimum temperature in Srinagar was recorded minus 7.8 degree Celsius, which was the lowest in the last eight years.

Besides, Gulmarg, the world famous ski-resort recorded minus 7.0 degree Celsius, MeT spokesman said, adding that the night temperature in Pahalgam settled at minus 11.1 degree Celsius.

Meanwhile, people living in Srinagar had to face tremendous hardships in the morning hours as the frozen taps and slippery roads added to their miseries.

The water pipes of people were frozen in the morning hours, thus they couldn’t get the water supply till the temperature increased, locals said.

Parts of the world famous Dal Lake were also frozen today while the youth were seen walking as well as playing cricket on the frozen water body.

However, the local youth as well as the tourists were also seen capturing photographs while walking on the frozen Dal Lake