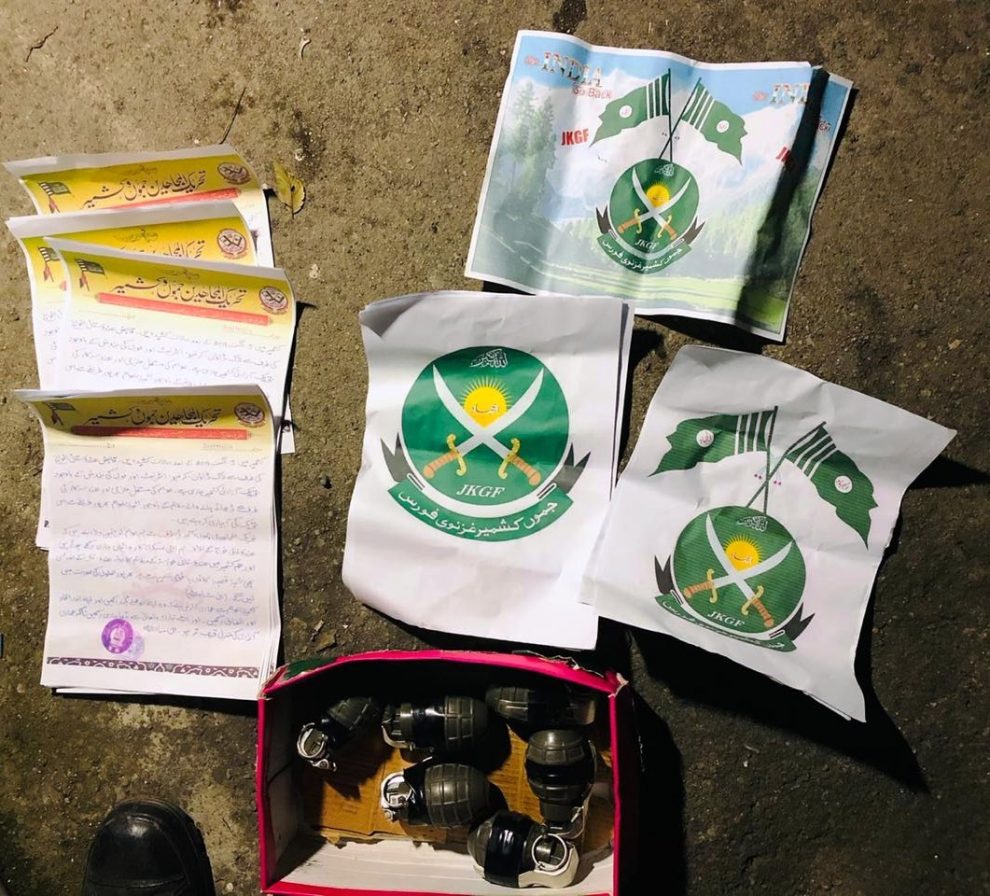 POONCH: Security forces detained four suspects and recovered six grenades from them in Jammu and Kashmir”s Poonch district, foiling a possible bid to attack a temple, police said on Sunday.

Poonch Senior Superintendent of Police (SSP) Ramesh Kumar Angral said the success was achieved when Special Operations Group (SOG) of the local police along with troops of the 49 Rashtriya Rifles detained two brothers — Mustafa Iqbal and Murtaza Iqbal of Galhuta village — during vehicle checking near Basooni in Mendhar sector at around 8 pm on Saturday.

“Their interrogation was conducted at 49 Rashtriya Rifles Battalion headquarters, Basooni,” the officer said.

It was found that Mustafa had received a call from a Pakistani number, he said.

“On being questioned further, he admitted to have been tasked with throwing a grenade at a temple in Ari village,” the SSP said.

He said a video on how to use a grenade was also found in his phone.

Later, during search at his house, six grenades and a few posters of hitherto unknown J&K Ghaznavi Force were recovered, Angral said.

He said two more suspects have been picked up from Dabi village on the Line of Control (LoC) in Balakote sector.

The search operation is still going on and further details are awaited, the SSP said.