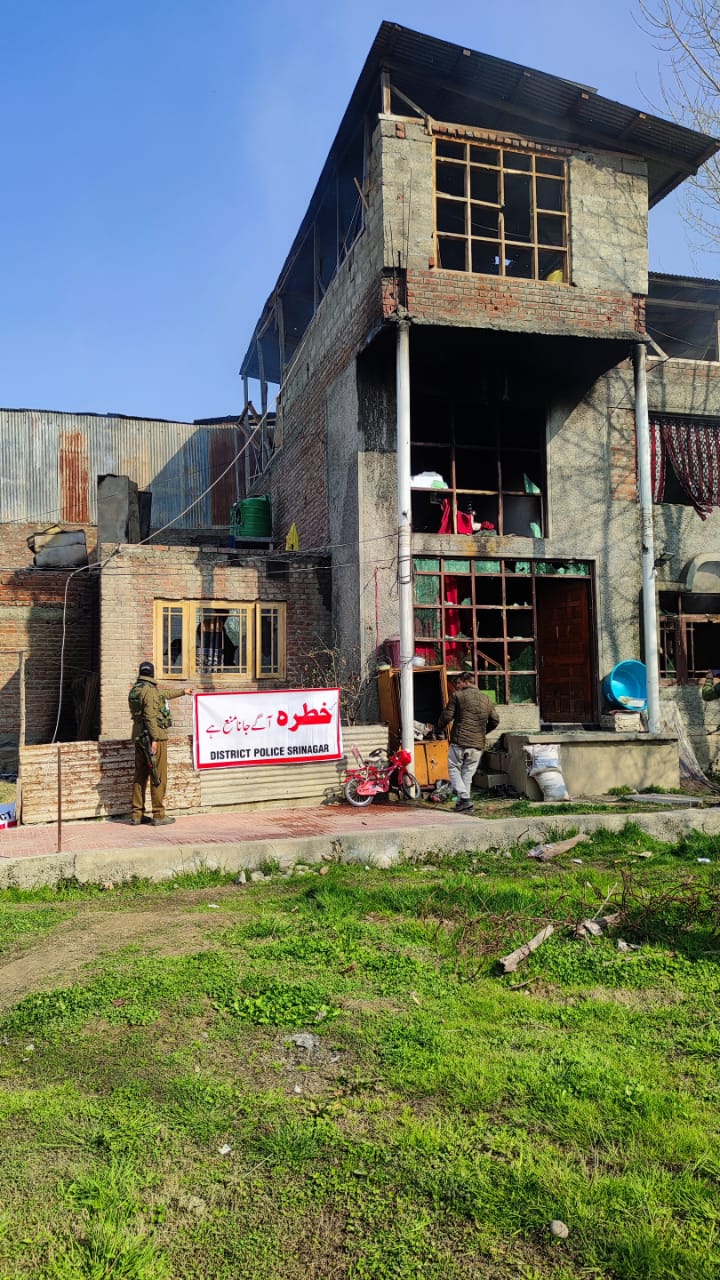 SRINAGAR: The Jammu and Kashmir Police Thursday said that many youths have been arrested for arson and stone-pelting during the post-encounter sanitization at the Nowgam.

On Wednesday, three TRF/LeT militants were killed in an encounter with security forces in Nowgam. In a statement, Srinagar police said 3 dreaded categorised militants of LeT/TRF were neutralized in Nowgam on 16th march.

“As per the SOP, the site was being cleared to ensure the safety of citizens. Accordingly, signboards were also placed around the site of the encounter, while it was being sanitized, to dissuade citizens from approaching the site prior to sanitization with regard to any left-over explosives from terrorists that could cause damage to locals”, it added.

However, a large, unruly mob consisting of young boys assembled near from adjacent areas near Shankerpora Wanabal carrying lathies and stones in their hands and tried to pelt stones on the deployed nafri which was asking them not to approach the site or encounter before being cleared of explosive debris. In order to disperse the mob smoke shells were used, as per the SOP, the statement reads.

“Accordingly Case FIR No. 46/2022 under relevant sections of law stands registered in PS Nowgam and some youths were identified from videos and from initial investigation, many of these were picked up and are being examined in the said case. Some of them have been arrested as well”, it added.

Srinagar Police requests all citizens to stay away from encounter sites so to ensure their own safety, keeping in view the likelihood of leftover explosives from the militants.