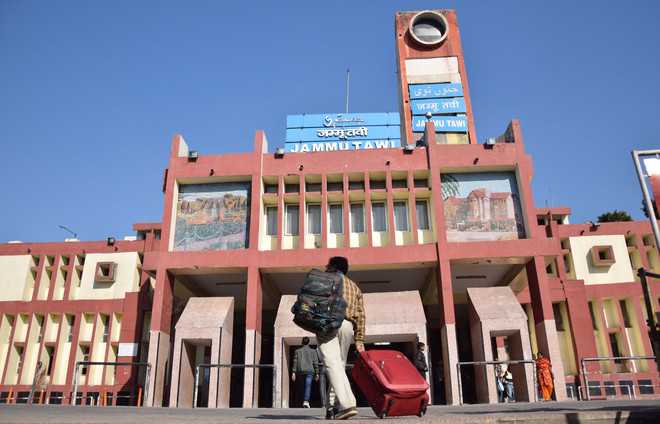 The Dispatch Staff
Add Comment
"A total of 40 trains were cancelled since yesterday (Friday)," an official of the Northern Railways said.

Jammu: Thousands of passengers are stranded in Jammu and Kashmir as railway authorities have cancelled over 40 trains since Friday due to an ongoing agitation by farmers in neighbouring Punjab, officials said.
Scores of farmers on Friday launched an indefinite agitation in Jalandhar and blocked train movement on the Ludhiana-Amritsar and the Ludhiana-Jammu railway routes to press the Punjab government to accept their demand to increase sugarcane prices and clear issues related to pending dues.
“A total of 40 trains were cancelled since yesterday (Friday),” an official of the Northern Railways said.
He said only a few trains left the Jammu railway station on a different route on Friday, while early Saturday morning rains in Delhi forced cancellation of some more trains bound for Jammu.
“Twenty trains were cancelled on Saturday. Some trains scheduled later in the day are likely to leave the Jammu station for their destinations,” the official said.
The cancellation of trains has left thousands of passengers stranded in Jammu and they were seen making desperate attempts to get information from railway authorities.
“We had come for the Mata Vaishno Devi pilgrimage and came to know that all the trains have got cancelled due to the farmers’ agitation in Punjab,” Neha, a young woman from Haryana, said as she looked for buses or taxis to leave with her family.
Another passenger from Ballia in Uttar Pradesh said, “The farmers should have given a 10-day ultimatum before launching the agitation so that people could plan their trip accordingly.”
He said his train was scheduled at 2 pm but its cancellation has left him and his family members stranded.
“A traveller usually has a limited budget. How can I feed myself and other family members?” he said requesting the Punjab government to hold talks with the farmers as soon as possible and lift the blockades.