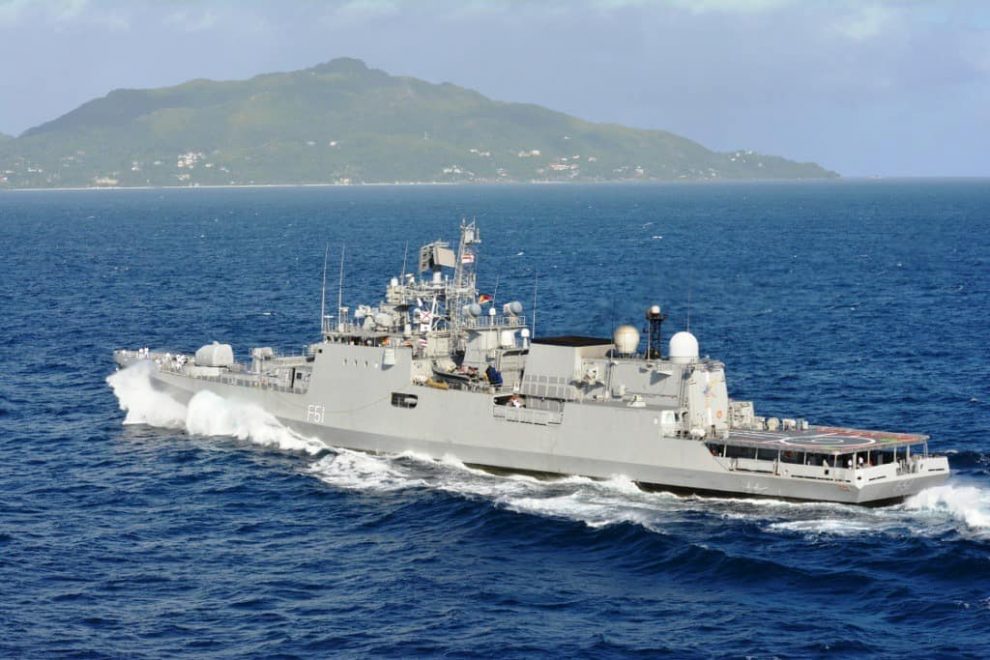 In support of the nation’s fight against COVID-19 and as part of operation ‘Samudra Setu 2’, seven Indian Naval ships including Kolkata, Kochi,  Talwar, Tabar, Trikand, Jalashwa and Airavat have been deployed for shipment of liquid medical oxygen-filled cryogenic containers and associated medical equipment from various countries.

INS Kolkata and INS Talwar, mission deployed in Persian Gulf, were the first batch of ships that were immediately diverted for the task and entered port of Manama, Bahrain on 30 April this year. INS Talwar, with 40 Metric Tonne Liquid Medical Oxygen has commenced its journey back to India.

INS Kolkata has proceeded to Doha, Qatar for embarking medical supplies and will subsequently head to Kuwait for embarking Liquid Oxygen tanks.

In the first phase of Operation Samudra Setu which was launched last year by the Navy, around 4 thousand Indian citizens stranded in neighbouring countries, amidst COVID 19 outbreak, were successfully repatriated to India.