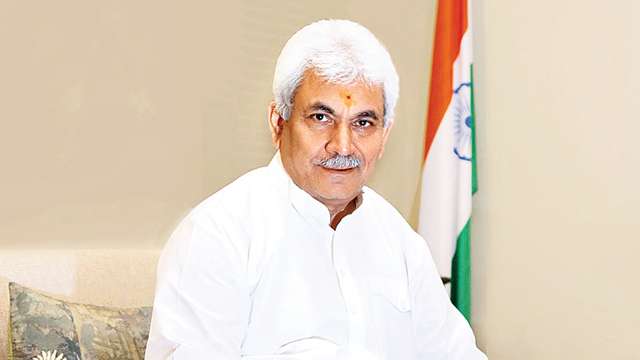 Srinagar, Aug 7: Former union minister Manoj Sinha, a surprise pick for new Lt Governor of Union Territory (UT) of Jammu and Kashmir has set a new high standards of morality in public life when he stayed in state guest house instead of Raj Bhavan after he arrived here on Thursday.

After his arrival at the Srinagar airport, where he was received by Chief Secretary, Director General of police and other senior civil and police officials yesterday afternoon, he also refused to travel in a helicopter to Helipad near Raj Bhavan from airport and instead preferred to travel by road to have first hand feel of the situation in the summer capital, official sources told UNI.

When some senior officials insisted that he should stay in Raj Bhavan, which was vacated by G C Murmu who abruptly resigned as LG a day before, Mr Sinha has said that before taking oath for the constitutional responsibility he has been entrusted with, he will prefer to not stay at the Governor House (Raj Bhavan)  for which he was not authorized.

Sources said he also preferred to move to the State Guest House in Srinagar by road from the Airport on Thursday while he was offered the services of the Chopper for security reasons.

Sinha, the former Union Minister for Communication and Railways was a surprise pick as LG for everyone, including media and politicians in the country as many names were making round.

Being known as Vikas Purush, Sinha has served as the Minister of State (Independent Charge) for Communications and Minister of State for Railways in the Government of India. Sinha was elected as Member of Parliament in the Lok Sabha, representing Ghazipur for three terms on BJP ticket.

He has done his B Tech and MTech degree in Civil Engineering from the Indian Institute of Technology, Banaras Hindu University, Varanasi . During his student days, Sinha was the union president in the BHU. However, his  political career began when he was elected as the president of BHU Students Union in 1982.

He was inducted as a member of the BJP National Council in 1989. He was elected for successive terms in 1996,  1999 and in 2014 to the Lok Sabha from Ghazipur Constituency in Uttar Pradesh. He was made the Minister of State for the Railways Ministry in the first set of ministers inducted into Narendra Modi government in May 2014. In July 2016, during the second cabinet reshuffle, he was also made Minister of State (Independent Charge) of the Communications Ministry.

An agriculturalist at heart and a silent performer who consciously maintains a low profile, Sinha has been among the best performing members of Parliament in the 13th Lok Sabha in 1999 and he was among the seven most honest MPS by a leading magazine. Sinha, a civil engineer and an IIT-BHU alumnus, has set a rare example by utilising his entire MP Local Area Development Fund for the welfare of the people of his constituency. He is both recognised for a strong ability to connect with masses, especially at the rural level along with being a firm administrator.