Roopmati lay curled on the thick mattress covered with silk sheets that rustled with every movement and threatened to make her slip her off the cot. Sleep was far away, but not as far as home. In the dim room lit by wall brackets that had been turned down for the night, she imagined herself back at home. She was lying on a rush mat near the open window. The only sounds in the house were those of her grandmother’s occasional moaning and her father’s ceaseless snoring. But her ears were tuned to the sounds of the river beyond the pale, and beyond the grassy banks. The waters snaked past with a hushed gush, occasionally chattering over the shallow stones and sometimes bursting into a splash of mirth on a rock. Remembering, she gave a gurgle of laughter in her throat and then stilled herself, straining to hear those sounds here too. But the weight of the furnishings and the high ceiling deadened every sound except that of her own breathing. It was all very new and strange. This imposing palace, the servants, the carpets, the lamps. Each new sight and sound an onslaught on her senses. Utterly overwhelming.
Roopmati buried her face into the pillow and pulled the covers up to her ears. But she could not stop the parade of images that flitted continuously and relentlessly through her mind’s eye …
The swaying motion of the palki had steadied and taken on a gentle bounce as the land levelled out. She knew they had entered the imposing gates of the city and were probably negotiating the pathways to wherever it was that the Sultan wished her to stay. Roopmati felt a sense of dread and desolation at the thought that home was left far, far behind, and she was at the mercy of one man in his kingdom. She swallowed the feeling of panic rising in her throat and sat back, listening to the sound of horses’ hooves cantering on stone, behind, in front and all around her.

Finally, the movements slowed down to a mere walk and then came to a standstill. The horses continued stomping, their deep snorts mingling with calls of ruk … ruk, and creating confusion in her mind. She closed her eyes and waited, her palms clammy.

Then the palki was set gently on the ground, its drapes untied and thrown up over the top. She blinked rapidly in bemusement, seeing herself surrounded by the legs of horses and uniformed men. In front of her, leaning down, with his arm resting on the palki, was Sultan Baz Bahadur.
‘Welcome to your new home, Roopmati,’ he said and extended a hand to help her. In spite of her swimming head and thudding heart, she ignored his gesture and clambered out of the deep seat on her own. She sensed, rather than saw, his rueful smile. Swaying slightly, she tried to stand straight, and nodded to him with silent dignity.
Dusk was just setting in and she could barely discern the greying shape of the building in front of her. She followed the Sultan up the broad stone steps, through passages lit by wall torches, into a very large square room whose polished floor reflected blazing chandeliers and tall windows draped with heavy red velvet drapes. Rich woven dhurries created islands of colour on the marble expanse. He turned to her and all the servants melted away beyond the doors and pillars.
‘Roopmati, this is the Shahi Mahal. This where our special guests stay. I have had it prepared for you. I hope you will be comfortable here. There are rooms where you can eat, sleep, relax or meet other women. This room we are standing in is your baithak, your hall of public audience where we shall hold our musical evenings. Your instruments have been specially polished and tuned for you and kept in this alcove here. Behind the palace are specially created gardens where you can sit or walk around, and a menagerie with our collection of birds, peacocks, monkeys and even a leopard cub for your amusement.’
‘There are maidservants to serve you day and night, and a hijra to guard your entrance door. And yes, I have called for a very special companion for you,’ he smiled. ‘A charming, lovable little person, to ensure that you are never lonely here.’

She stared at his face, barely hearing what he was saying. His teeth were sparkling white but slightly crooked, giving him a rakish look when he smiled. She looked away hastily and her eyes fell on a small person standing next to her. She gave a start and involuntarily shrank back in shock.

Close to her legs, reaching just above her knees, there was a tiny woman, or was it a child? Roopmati looked again and realised that it was a full grown woman. She had never seen a dwarf at close quarters before, and as the Sultan continued speaking, surreptitiously studied her. The little body was perfect, as if the Creator had turned into a miniaturist for a short while, but the head was large, the face full sized, with big black kohl-rimmed eyes, a long nose with a silver nose ring and ears from which swung elaborate silver jewellery. She had the deep self-assured voice of an adult woman.
‘Aadaab.’
Roopmati was too well bred to display any discomfort. She nodded her head and tried to smile.
‘Namaste.’
Baz gave a short bark of laughter.
‘So! Well, it is nice that you both have now met. I am sure you are going to be good company for each other. Roopmati, this is Sadiya. She is educated in Persian and Urdu literature, she is also well versed in all the arts and music, and will surely be very stimulating company for you.’

Roopmati gave a watery smile and bit her lip, wishing this strange day would end soon and she could just curl up somewhere alone. How she longed for solitude after these hours of bruising aloneness.

‘Sadiya lives in her chamber at the back of this house, while the other women in your service will be just ten minutes away. Sadiya’s only job is to be with you whenever you want her, morning, evening or night. You can talk to her about anything under the sun; she can discuss, argue, debate any topic. She can appreciate your music and even sing with you.’ He stopped for effect, then added,‘But I will myself be here most days to enjoy your music. After all, that is why I have brought you here, is it not?’ 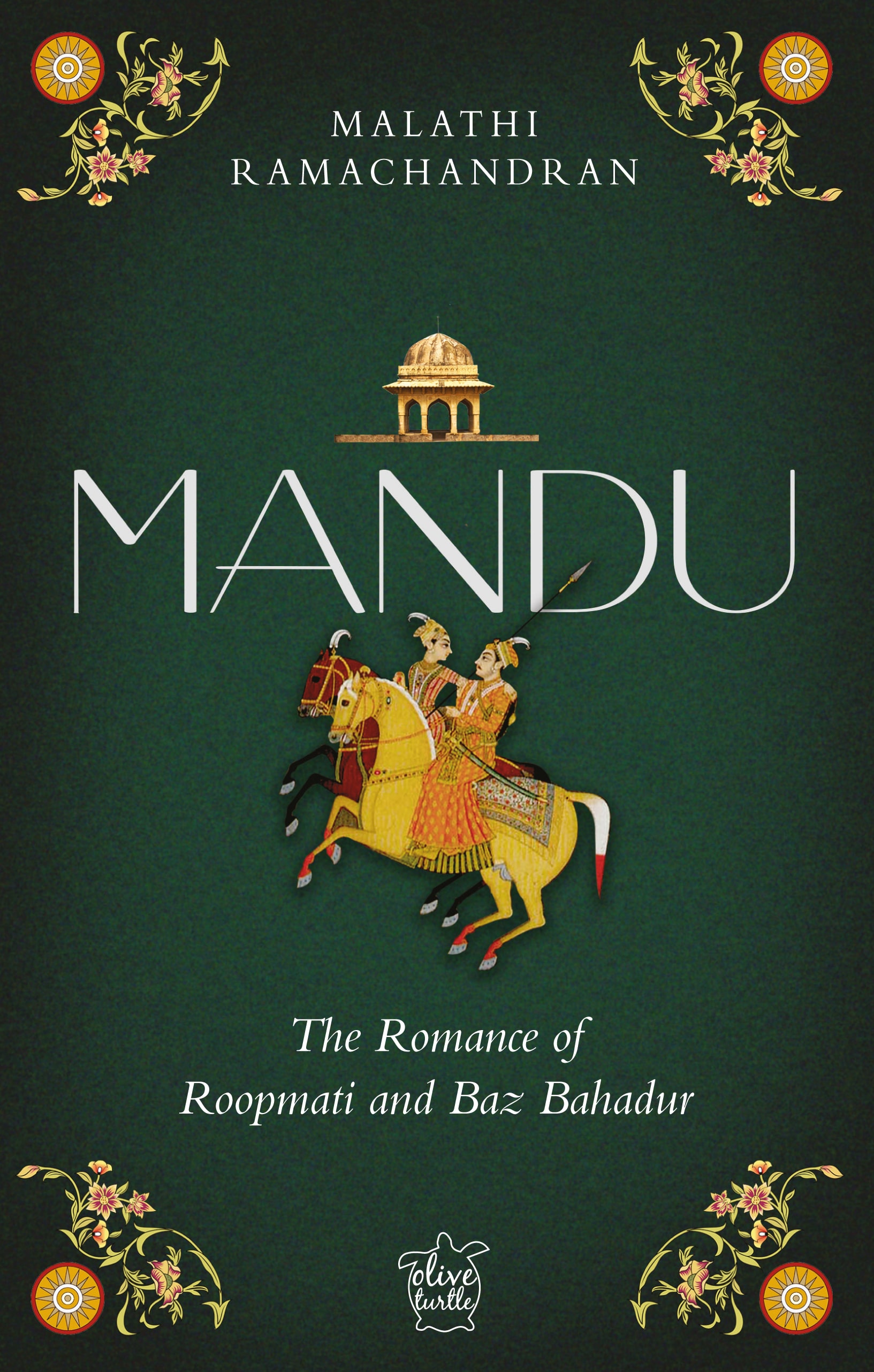 Excerpted with permission from Mandu: The Romance of Roopmati and Baz Bahadur, Malathi Ramachandran, Niyogi Books. Read more about the book here and buy it here.

How Manohar Parrikar took root in Goa politics: An account of his swearing-in as Goa chief minister for the first time
"Slices of Life": This short story collection features women from various walks of life navigating the current chaotic times