It came as a whim, a thought that flew in from nowhere and spread wings in his mind, that he should visit India. More precisely, Delhi, the city from which his grandfather had departed a hundred years ago, when it was the new showpiece of the British Raj. He had heard about that city as a child in his home in Kenya, shown no interest; and about the reason for that departure, he had caught the barest innuendo of an intrigue that had no conceivable relevance.

Munir Aslam Khan was recently widowed, his wife of many years having died suddenly in a car accident, skidding on an ice patch a block away from their home in North Toronto. It had been Halloween night and bitterly cold, the first snow had come early and unannounced, and having given its warning it had disappeared.

A year later now, he had not recovered; he did not expect to. His sense of loss—grief was too strong a word—he knew he would always carry as a memorial to their years spent together. The awkward sympathies from the neighbours had ceased; there remained only the friendly banter and the occasional joke from Andy or Jim or Joanna, called out from their porches as he passed on the sidewalk. He found some solace in his reading, which now consisted of histories mainly. His own writing had run into dry ground. He had no ambition left in that direction; he had written whatever he had inside him, a few books of fiction, with modest success; anything more now was mere addendum or exercise, scratching at futility. And so he was often at loose ends.
There were no longer any pressing chores, which he had disliked when she was around but had helped to fill the days of their later years, as they’d liked to call them. They had discussed the eventuality of death; he was assured that she, always the better earner, would remain in comfort for the long remainder of her life that she could anticipate. But death ignores statistics—knows not night or day, as his elders would piously proclaim in their fatalistic moments—and here he was, alone. There was the numbing comfort of Scotch or a red at night.
It was the end of November and he was returning from a long walk in the neighbourhood; approaching home, he watched a moving truck arrive a few houses down and proceed to unload. A wiry young man, barely in his thirties, already bald and very obviously of Indian origin, stood behind the truck, watching stuff come down from the back; on the porch his wife, smart in tight denims, holding a girl of about three by the hand, also stood watching.

Techies, Munir mused, with ready-made money. We came with pennies in our pockets, he recalled of his generation of new Canadians. Munir stared at the scene: a sofa came wobbling down, as if riding a wave from the van, and he felt an irrepressible surge of compassion. To be that young . . . and with no apparent logic the further thought occurred: I should go to India.

It had been always at the back of the mind, a journey that he should make one day, eventually. Those were her words: one day, eventually. Aileen, a Scot by descent, had no association with India; she had agreed in principle that they should go, it was necessary for him, but the thought of catching a bug, something noxious and Indian, had always held her back. For Munir, the prospect was daunting precisely because of its significance: a return to the ancestral homeland after something like a century. Munir could now vaguely recall as a child imagining India alternately as Delhi, a strange city somewhere that might appear in the Arabian Nights, which Sinbad might have visited.

But while a lot of other travel was undertaken by Munir and Aileen during their marriage, India remained ‘undone’, a hole in their world map of journeys. Now, watching the young family moving into his neighbourhood, the woman directing the movers through the narrow door, the child tugging at the mother, the father holding the storm door open, the revelation came without equivocation—he should visit India, especially Delhi, and fill that hole.

He realized that with a surname like Khan there might be a hitch obtaining a visa. Such were the times, it could not be helped. The world travelled nervously these days. And indeed, when he submitted his visa application at the Indian Consulate, the clerk raised her eyebrows with a pert smile, as if to say, Fat chance. 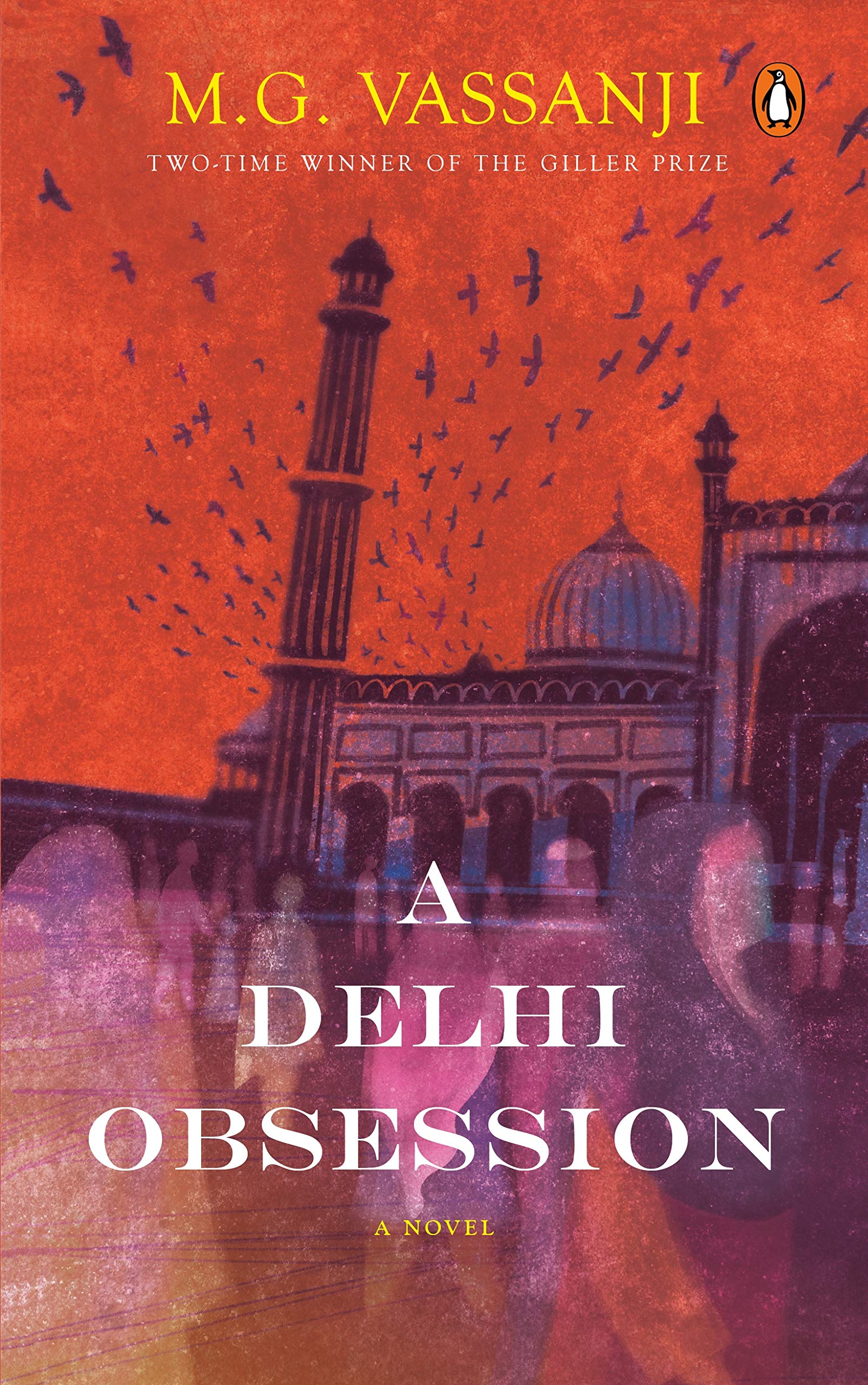 Excerpted with permission from A Delhi Obsession: A Novel, M.G. Vassanji, Penguin Viking. Read more about the book here and buy it here.