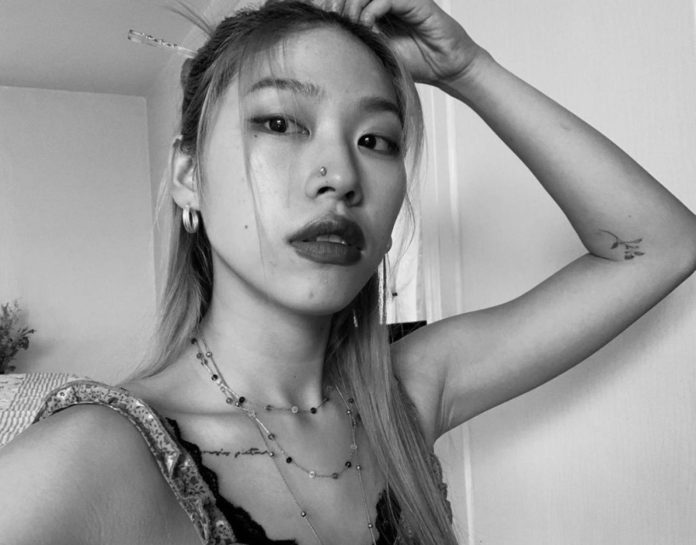 Women from South Korea to Dubai are posting black-and-white selfies in an online campaign against Turkey’s threatened withdrawal from a European treaty created to shield women from violence.

The striking monochrome images began appearing just over a month ago under the hashtag #istanbulconventionsaveslives as a counterweight to the mugshots of female murder victims that routinely fill Turkish news.

“These black and white photos are an act of solidarity with Turkish women … Standing in solidarity means I see the women in Turkey (and elsewhere!) who fear for their basic safety because of their gender,” wrote one Instagram user in Canada.

“The black and white photos are meant to be our voice – we don’t want to be just a photo shared on people’s social media profiles after we die,” said another user in Spain.

Women’s rights experts say the selfie campaign began last year after the murder of a 38-year old woman by her ex-husband highlighted the growing problem of domestic violence in male-dominated Turkey.

The campaign drew new life in late July when the Turkish government threatened to pull out of the EU pact, with tens of thousands of black and white pictures logged in solidarity with the women of Turkey, some from as far afield as the United States and Portugal.

“The Istanbul Convention is very well defended by women here in Turkey … and violence against women is really a burning issue,” said Berfu Seker at the Women for Women’s Human Rights-New Ways Association (WWHR), a Turkish NGO.

The European pact was born at a summit in Turkey a decade ago.

It inspired a landmark protection law for Turkish women, which came to life alongside a nascent women’s rights movement in Turkey and passed in 2012, said Seker.

Yet campaigners say impact is limited in Turkey as government, police and courts have never fully used or upheld the legislation.

“It is not implemented fully so we see women being killed and subjected to violence,” Seker told the Thomson Reuters Foundation.

In theory, it is a “good law,” she said. “If the government took the convention seriously and implemented it fully, it would be very, very useful.”

The Istanbul Convention can help women by encouraging governments to provide legal and psychological counselling for victims, 24/7 emergency multilingual hotlines, financial, housing and job support, and protection from discrimination when they report a crime, according to WWHR.

It also recommends sexual violence centres that give medical and forensic evaluations, trauma support and counselling.

Men murdered 440 women in Turkey in 2018, unofficial data shows, more than doubling from 2012. Turkey does not keep official statistics on femicide.

Conservatives in Turkey are hostile to the Istanbul Treaty’s principle of gender equality and non-discrimination based on sexual orientation, arguing that it promotes homosexuality.

Turkey is not the only country in retreat on women’s rights.

In July, Poland said it was withdrawing from the convention after its cabinet said it violated parental rights by requiring schools to teach children about gender, and that it was disrespectful of religion.

Other countries, including Bulgaria, Hungary and Slovakia, have signed up to the principle – but failed to ratify the convention.

Helena Dalli, European Commissioner for Equality, told the Thomson Reuters Foundation that any threat of a withdrawal by any member was “very worrying” as it relegates women’s rights to the back burner.

Aside from sending a signal on rights, the pact spawned concrete benefits and ushered in new criminal offences, Panos Kakaviatos, a spokesman at the Council of Europe, told the Thomson Reuters Foundation.

These include legislation to prevent stalking in Albania, female genital mutilation in Montenegro, forced marriage in Portugal and psychological violence in a domestic violence setting in France, he said.

It has also been key to some countries redefining rape, elevating a lack of consent over proof of force, Kakaviatos said, adding: “The convention has been recognised as a significant tool to stop violence against women.”

“We know that women are at risk of not getting the support they need once these obligations are removed,” she told the Thomson Reuters Foundation.

In Europe, 22% of women have suffered physical and/or sexual violence at the hands of a partner, said Dalli, noting the extra dangers of lockdown.

“The coronavirus crisis has made the situation worse as confinement trapped victims all day every day under the same roof as their perpetrators,” she said.

In April emergency services in Europe recorded a rise of up to 60% in calls from domestic violence, compared to the same month of last year, according to the World Health Organization.

As policy makers and EU officials urge Turkey to stick with the convention, ordinary women in Turkey are taking to social media to voice their alarm. Female artists formed an Instagram group called Istanbul Sözleşmesi Kampan (the Istanbul Treaty Campaign), urging supporters to scribble “Istanbul Convention Keeps You Alive” on bedsheets, paper, fabric – whatever was handy – then share the photos online.

The campaign has drawn nearly 4,000 followers and collates words in crochet, designs that were sewn, crafted from pasta, baked or scrawled on skin.

Viral campaigns like this, along with international pressure, should make Turkey hesitate before any retreat on women’s rights, experts say.

“The protests have been remarkable and very visible – this should make the authorities think twice about leaving the convention and instead work towards its effective implementation,” said Monica Costa Rib of Amnesty International.