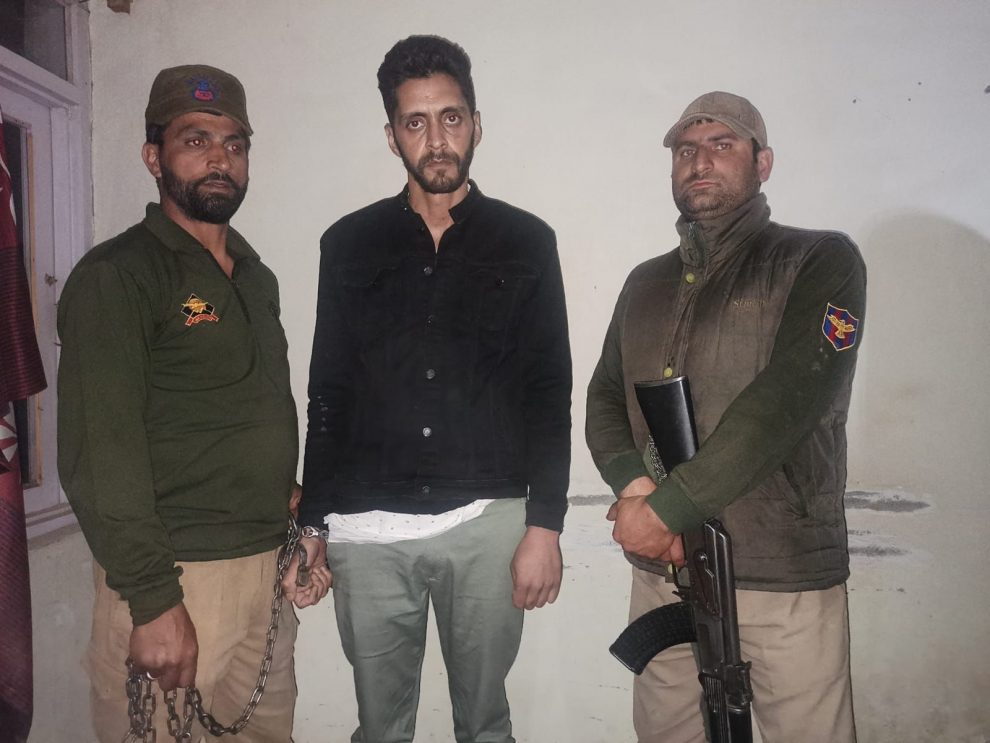 Identified as one Naveed Ahmad Najar son of Mansoor Ahmad Najar a resident of Iqbal Colony, Baramulla, the accused was allegedly trying to extort money from doctors posted in Sub District Hospital Kupwara.

“The individual was arrested when a complaint was lodged by the doctors of SDH Kupwara to the effect that the self-styled journalist shot some videos of Incharge Medical Officer Ayush SDH, Kupwara inside the premises of SDH Kupwara and later started to harass him by demanding rupees two lacs from the doctor”, a police official told said.

“Finding the behavior of the individual as an extortionist, the matter was brought to the notice of Police who, after taking cognizance arrested the self-styled journalist from Kupwara town”, the official said, adding a case under sections 353, 386 and 419 of IPC has been registered against the individual and further investigation in the matter is going on. (GNS)