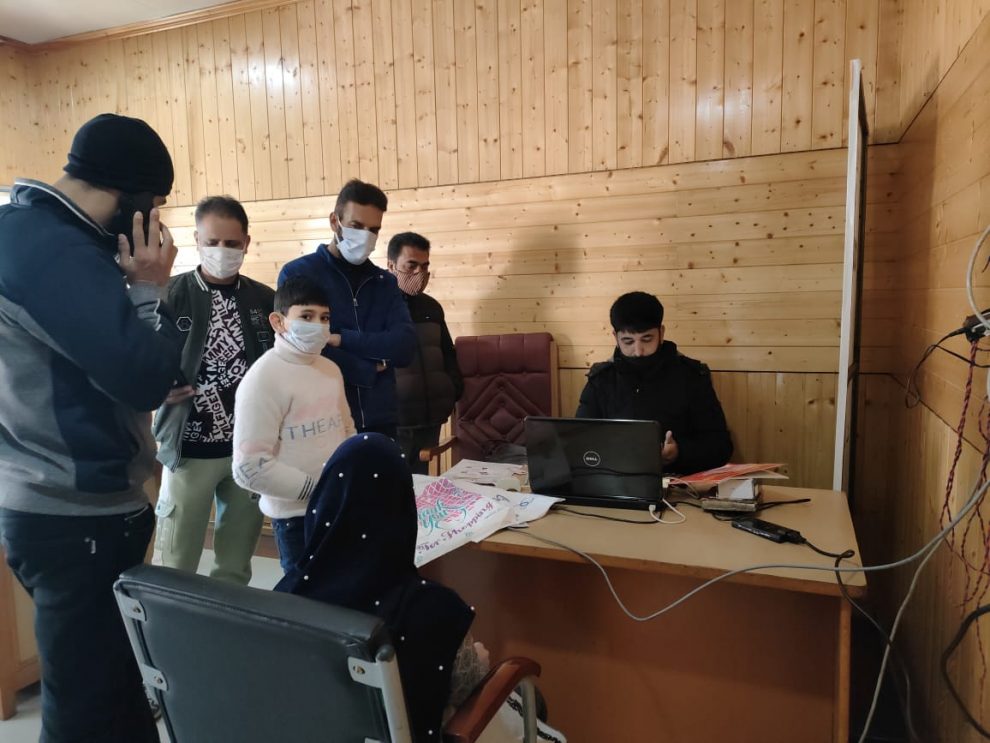 The Dispatch Staff
Add Comment
Media persons, other professionals working on odd deadlines have been urged to enroll for SEHAT cards. Two Registration Camps are currently underway at Jammu, Srinagar till Feb 16, said a spokesman of Jammu and Kashmir State Health Agency

SRINAGAR/JAMMU, FEB 11: Offering a convenient and quick facility to the media fraternity and other professionals the State Health Agency of the Union Territory of Jammu and Kashmir has set up week-long camps for Golden Card registration at Jammu and Srinagar.

In appreciation of difficulties and time constraints under which the media persons and other professionals operate, the SHA has set up quick facilitation centers for hassle-free registration of Golden Cards under the Ayushman Bharat – Pradhan Mantri Jan Arogya Yojna (AB PM-JAY) scheme.  The two registration centers effective between February 10 and 16 have been set up at the Department of Information Office at Jammu and Srinagar.

The Golden Card registration is open for everyone associated with the media sector, including journalists and allied staff members from different line departments of the media houses as also the independent media persons within the districts of Jammu and Srinagar. The facility is also available to other similarly placed professionals who are hard-pressed against time and are often required to discharge their professional responsibilities in odd hours.

“The media fraternity and other professionals pressed for time are encouraged to visit the facilitation centers along with their family members to get registered for the Golden Cards”, said Dr Khursheed, State Medical Coordinator for the State Health Agency. The visiting media persons and their family members are required to bring along their Ration Cards and Aadhar Cards for quick processing.

“After having covered Jammu and Srinagar districts on a pilot basis, the registration facility for Golden Cards shall soon be made available to media persons in other districts as well”, Dr Khursheed said.

Highlighting the benefits of the scheme, the SHA spokesman said that AB PM-JAY SEHAT scheme is one of the most ambitious schemes launched by the Government aimed at to provide free of cost Universal Health Insurance Coverage up to Rs 5 lakh per family on a floater basis in convergence with Central Government’s Ayushman Bharat Pradhan Mantri Jan Arogya Yojana (AB-PMJAY).