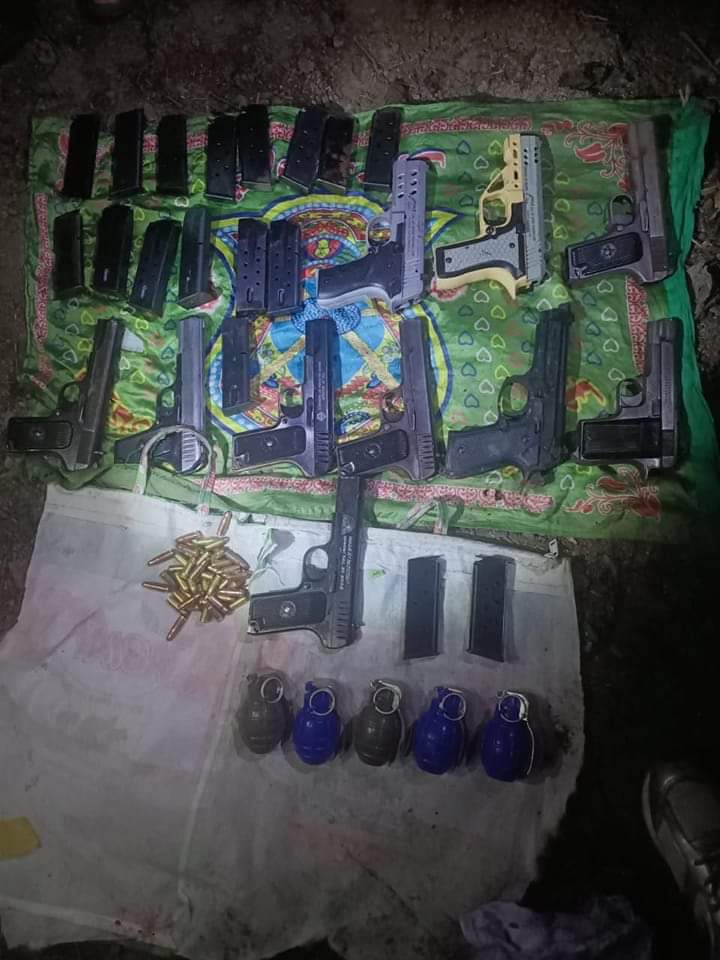 SRINAGAR: 10 pistols along with magazines and bullets and as well as five grenades were recovered by the security forces in the Karnah area of Kupwara district of North Kashmir.

A police official in a statement said, ““Acting on a specific information that a huge cache of arms and ammunition has been smuggled in from across LoC, a police team led by SHO Police Station Karnah Mudaser Ahmad and PSI Ayush Sharma, Incharge Police Post Taad Ayush Sharma along with local Army unit undertook a search operation in general area of police post Taad”.

Adding that he said, “During the course of search, huge cache of arms and ammunition, including 10 pistols, 17 pistol magazines, 54 pistol rounds and 5 grenades, were recovered from Hajam Mohallah, Taad Karnah”. Apparently, he said, it looks like a new consignment smuggled for militants activities in Kashmir. “However, timely action of Police and local Army thwarted nefarious designs of adversary of committing innocent killings at the hands of (militants) in the valley,” he added. (GNS)