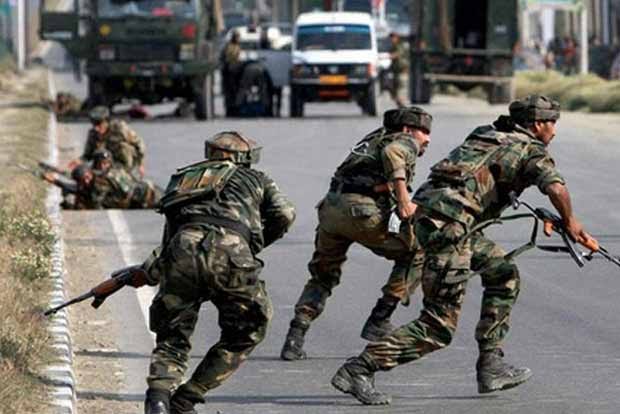 Jammu: The Security forces in joint operations have eliminated 195 terrorists of different outfits including 17 across the Jammu region in separate encounters so far in the Union Territory of Jammu and Kashmir.
Besides, Pakistan this year so far has violated the ceasefire along Indian borders for more than 4000 times, which is one of the highest numbers in the last 17 years.
As per official data, Jammu and Kashmir has witnessed 86 gunfights between terrorists and security forces and among these, 77 alone raged in the Kashmir Valley.
However, the encounters in Kashmir left 203 persons dead including 178 terrorists, 10 soldiers, 5 Para-military troopers, 5 policemen and 5 civilians.
Whereas, as many as 17 terrorists were killed in around nine gunfights in different parts of Jammu region and 3 soldiers attained martyrdom in combat operations.
The areas that fall under the jurisdiction of Jammu region and witnessed gunfights this year included Khari-Taharat and Nowshera areas of Rajouri, Doda, Dachan Kishtwar and Nagrota.
Seven terrorists were alone killed in twin gunfights of Nagrota Jammu. In the recent gunfight, the truck driver ferrying Jaish militants managed to escape from the spot and is still absconding.
Some villages in Kashmir Valley witnessed more than one gunfight include Zantral Khrew, Meej Pampore and Melhora and Pinjora in Shopian.
Among 10 districts of Kashmir Valley, Ganderbal in Central Kashmir witnessed no gunfight at all, though militants in this district carried out few attacks. South Kashmir’s Pulwama district witnessed a large number of gunfights.
As per data, June this year was the bloodiest month in Kashmir as Security Forces managed to neutralize 45 terrorists in various counter insurgency operations.
Some of the top terrorists eliminated this year included Hizbul Mujahideen Operational Commander Reyaz Naiko, Junaid Sehrai, Dr Saifullah, Sajad Nawabi, Asif Dar, Ansar Ghazwatul Hind Commander Burhan Koka, Tahir Bhat, IED expert Ikram alias Faujibhai, Zubair Wani, Waleed and Jaish Kashmir Chief Qari Yasir.
Meanwhile uneasy calm at forward posts along the Line of Control for the last one year, has seen the highest number of ceasefire violations in the last 17 years.
Over 4,000 firing incidents have been reported till date, official sources said adding that on an average, 10 to 12 incidents have been reported every day along the 740-km LoC.
As many as 14 soldiers sacrificed their lives for the country along the LoC. The Army says their retaliation was fierce and inflicted more casualties on Pakistan.

COVID-19 : How Jammu and Kashmir will be vaccinated
Third wave of COVID-19 brought under control in Delhi, says Kejriwal
Comment