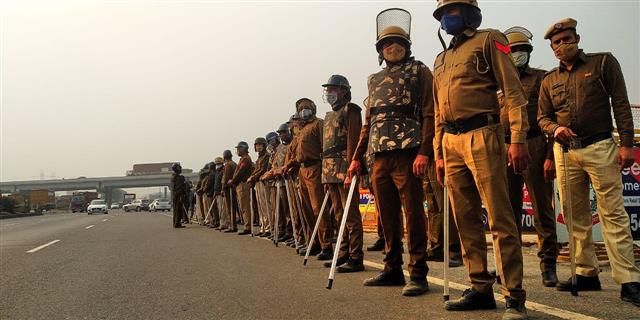 Security forces have been deployed at Delhi’s Ghazipur border on Friday in view of farmers’ protest against the new agricultural laws.

As farmers have been protesting on the borders of Delhi, Police advised commuters to avoid several routes as Singhu,Auchandi,Piau Maniyari, Saboli and Mangesh borders are closed today for traffic movement.

“The chilla, Gazipur borders are closed for traffic coming from Noida and Ghaziabad to Delhi because of farmers’ protest. People are advised to take alternate route for coming to Delhi via Anand Vihar, DND, Apsara,bhopra, and Loni borders,” Delhi police said.

Meanwhile, a group of farmers at the Tikri border held a shirtless protest march against the farm laws.

On December 23, farmer unions had written to the government urging it not to repeat the “meaningless amendments” which they had earlier rejected and asked it to come up with a concrete proposal in writing.