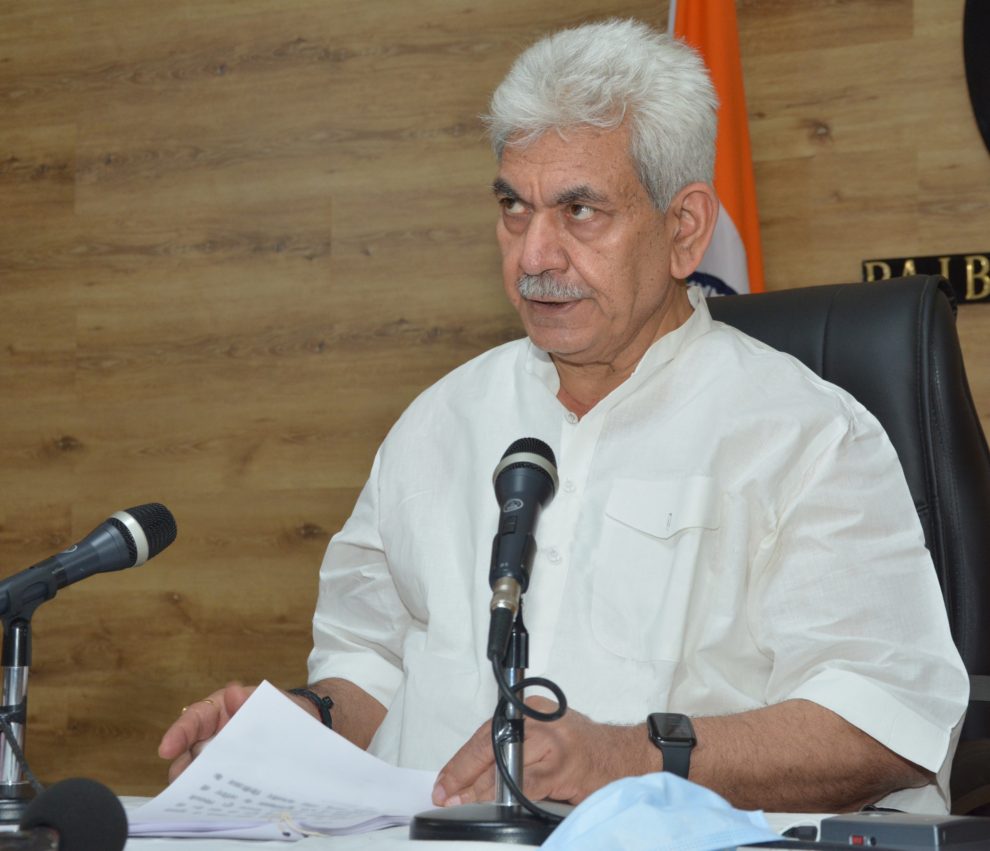 ‘Mughal Road, Simthan Road to be thrown open for general public on July 6

He added the movement of drones and the recent incident at the Air Force Station Jammu has been taken serious note of while the security agencies are ready to deal with the new threat effectively.

“In the past few months, many drones were spotted in Jammu by the BST and the J&K police have dealt with the challenge effectively. The fresh movement of drones in Jammu and the recent incident AFS Jammu has been taken seriously. All security establishments are taking measures,” the LG Sinha said while speaking to a selected group of reporters at Rajbhawan said.

On June 27, two drones air-dropped payloads at the AFS of which one pierced through the slab and the second one exploded in the premises of the strategic installation. The NIA has already taken over the probe.

The LG Sinha also made a significant announcement stating that after meeting various delegations from Rajouri, Poonch and Kishtwar, it was decided to open two major road links connecting Jammu with Srinagar—the historic Mughal Road and the Kishtwar-Simthan Road on July 5. “This will help people of Rajouri, Poonch, and Kishtwar to reach Srinagar within the shortest possible time. The opening of these two road links will also boost J&K’s economy,” Sinha said. “Frisking will take place at various points and I urge the people to cooperate with the security agencies while travelling on the route.”

To a query about the delimitation process and the participation by the political parties, LG Sinha said that those who believe in democracy should participate in the process. “When political parties participate in the process, that will lead to elections and the step can also help have a good Assembly,” he said. Interestingly, National Conference vice-president Omar Abdullah recently told reporters that the party had authorized its chief Dr Farooq Abdullah to take a call on whether the party should participate in the delimitation exercise. The commission is arriving in J&K to meet political leaders, civil society and others to get feedback and to proceed further.

About the J&K’s development, the LG said that despite Covid development is taking place and J&K is touching new heights vis-à-vis developmental front. “Allocations to districts is much higher than the previous year,” he said—(KNO)