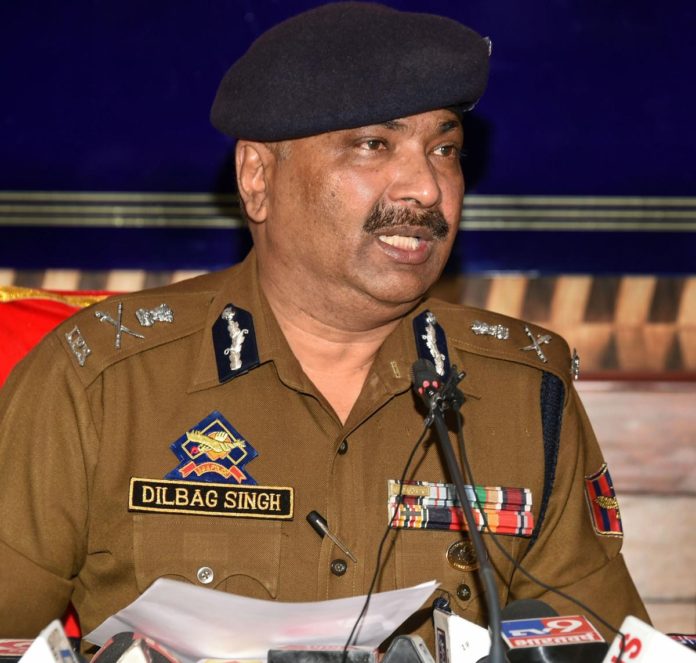 Srinagar: Security forces are alert to Pakistani efforts of dropping consignments of weapons and narcotics into Jammu and Kashmir along the border and they will give a befitting reply to these attempts, Director General of Police Dilbag Singh said here on Thursday.

The DGP, talking to reporters after the wreath laying function for a slain CRPF officer, was replying to a question about drones being used from across the border to send in weapons for militants operating in Jammu and Kashmir.

“This is the latest evil deed that is happening along the border… Earlier it used to happen on the Punjab border. We will give a befitting reply to this as well…

“So far we have tracked many drone consignments of weapons and narcotics and arrested all those involved in those modules. This is another evil design (of Pakistan) and we are alert to it,” Singh said.

He said underground tunnels and hideouts made by militants were a cause of concern as they posed a threat to the civilian population and peace in Jammu and Kashmir.

“Tunnels are mostly old, but now the intelligence network is strong and we are destroying these hideouts whether in forests or built up areas,” he added.

The DGP said that while there were two attacks by militants within the past 24 hours, the security forces had conducted successful operations during the same period.

“While we have had these two incidents in the last 24 hours, you must appreciate that we had a successful operation this morning at Tral in which one hardcore terrorist has been neutralised. Just couple of days back, many successful operations have been carried out,” he said.

Singh said in the current scenario in which Pakistan and its agencies are “sponsoring terror in the state and are promoting terrorism by all means”, the effort of the security grid is to see that every such effort is foiled.

“We have been successful and we will be successful. Anyone who is involved in terror will be brought to justice,” he added.

Assistant Sub-Inspector N C Badoley was killed in a militant attack in the Kaisermulla area of Budgam district on Thursday morning.

Maheshwari said such incidents would not deter the force.

“We are in complete synergy with J-K police and we will continue our mission to neutralise the terrorists who have been operating in the area. This does not deter us and reinforces our resolve. I assure that we will be soon eliminating the terror elements who are operating in this area,” he said.

Maheshwari said that while the force is aggrieved at losing a member of the CRPF family, “we honour our martyrs. We are proud of the valour shown by the martyrs, we stand shoulder to shoulder with the family of the martyr and we undertake to take care of them.”