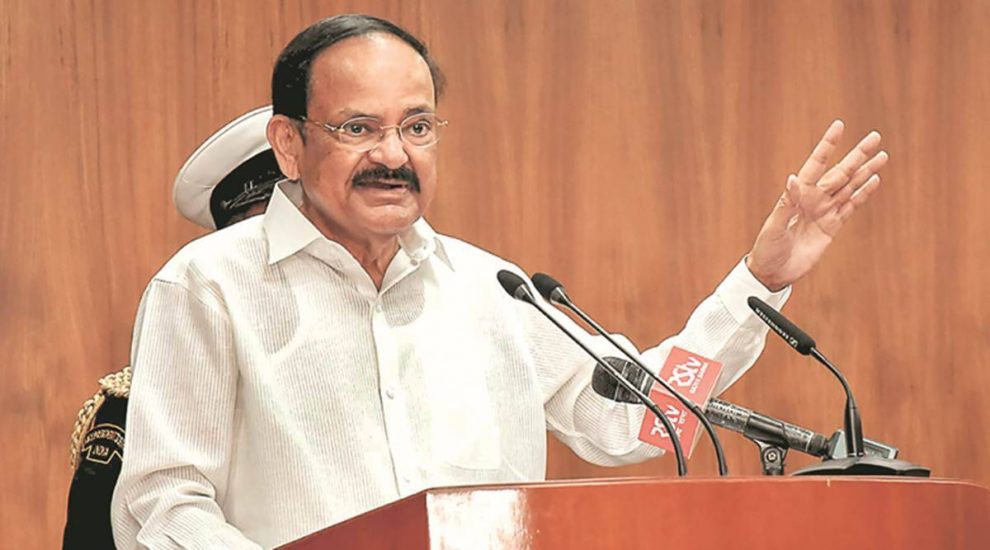 Jammu: Security has been beefed up in the winter capital Jammu ahead of the visit of Vice President Venkaiah Naidu who is scheduled to address the convocation of the Indian Institute of Management (IIM) here on Friday, officials said.

Police and paramilitary forces have been directed to stay alert, keep a strict vigil and intensify patrolling in the city, especially in the vicinity of the venue and Jammu airport road as a precautionary measure, the officials said.

They said a mock drill to facilitate smooth movement of the vice president”s cavalcade from Jammu airport to the venue was also undertaken this morning as part of the security arrangements.

Meanwhile, 19 IIM students and staff members had recently tested positive for COVID-19 but the officials said they were not part of the convocation.

A total of 180 samples from IIM Jammu were sent for testing on Wednesday, of which 19 samples have returned positive, the officials said.

They said more medical teams have been rushed to the institute for mass testing to identify and isolate positive cases ahead of the convocation.

In a related development, 10 more people including some students tested COVID-19 positive at the Government Gandhi Memorial Science College here, raising the number of infected to 40.

Twenty-three students and seven staff members had tested positive as part of a special drive in the college on Wednesday, prompting the management to close the institute till Monday to allow sanitisation of the building along with the hostel premises.

The new cases were detected during testing of the hostel inmates, the officials said. Testing was going on when last reports were received.