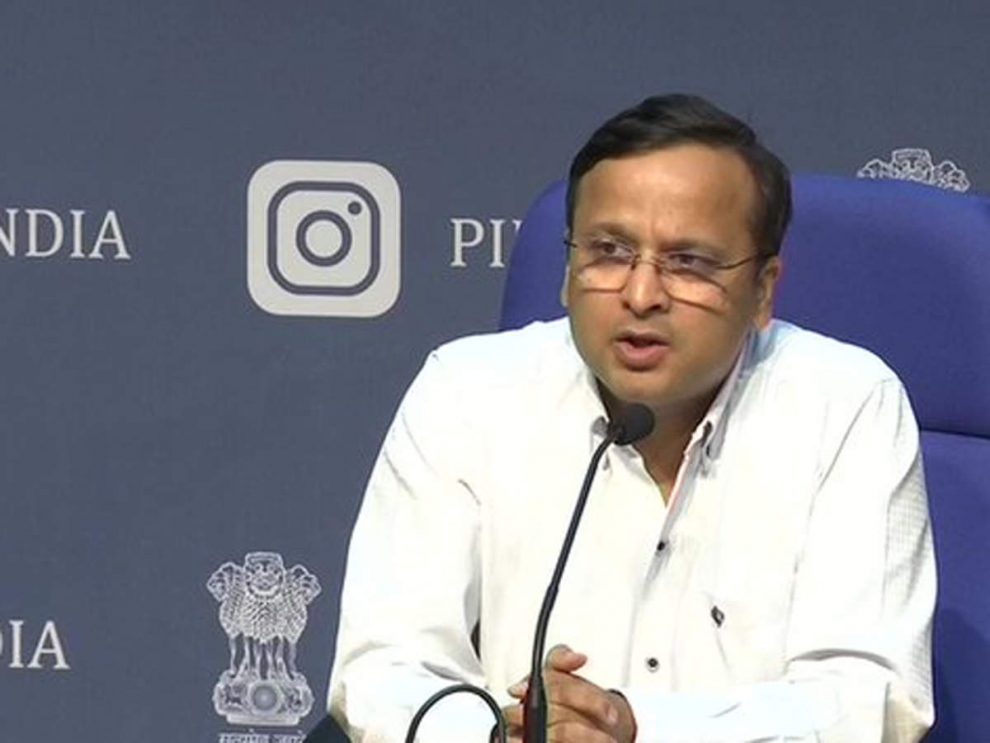 With India still recording more than 30,000 coronavirus infections every day, the pandemic is far from over for people to let their guards down as the second wave of the Covid-19 outbreak continues to linger on, the Union Health Ministry said on Tuesday.

“A high number of COVID cases are being reported across the world and the pandemic is far from over. As far as India is concerned, the second wave is still not over. There is an increase in reproduction number (Rt) globally and for India it is 1.2,” Lav Agarwal, Joint Secretary at the Union Health Ministry, said in New Delhi.

The United States, Canada, Australia and India have 1.2 R number on an average. This means that one infected individual is infecting more than one person. R number is high in 8 states of India,” Agarwal said.

Stating that 49.85% of the total cases in just the past one week were reported from Kerala, he said that there are 44 districts across the country where the positivity rate is more than 10%.

“The cases being reported in India are coming from limited areas. Districts in the states that are reporting high cases are: Kerala – 10, Maharashtra – 3, Manipur – 2, Arunachal – 1, Meghalaya – 1, Mizoram – 1. A much as 47% of cases have come from these districts, while 40% of the cases have come from Kerala alone,” Agarwal said during the weekly health briefing.

The central government said that 18 districts are reporting an increasing trend in cases over the past 4 weeks, with the weekly positivity rate less than 2%.

On June 1, there were 279 districts in the country where over 100 cases were reported, but it has now come down to 57 districts.

The caseload has decreased in 222 districts, while the case trajectory is seen in limited areas. There are 18 districts, including 10 in Kerala, where an increasing trend in cases is seen. These 18 districts constitute of 47.5% of the cases, the central government said.

On Kerala and its rising caseload…

Kerala CM Pinarayi Vijayan will announce the details of the new Covid management strategy after holding discussions with medical experts and the Central team. Sources said that the state government is likely to do away with the alternate day restrictions and weekend restrictions.

“The team led by Dr Sujeet Singh has come back after visiting some districts. They found an upward trend in Malappuram where the positivity rate is more than 17.2%. Surveillance needs to be increased in Kerala, and buffer zones need to be created. Contact tracing needs to increase. Restrictions for one week in ABC model have not shown much impact. The containment approach given by us need to be followed properly. RT-PCR testing need to be ramped up,” Agarwal said.

The central team found that in Kerala, one of the reasons for high cases is lack of contact tracing.

“It should 1:20 but it is around 1:5…this is one of the main reasons for the spread. Home isolation needs to be taken more seriously,” he added.