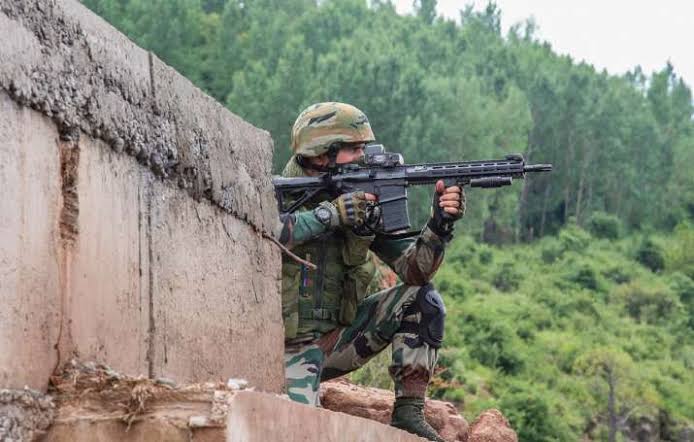 BANDIPORA: Search operation continued for the second consecutive day in the forests of north Kashmir’s Bandipora where a local Lashkar-e-Toiba (LeT) militant, who was a part of newly infiltrated militant group was killed on Wednesday.

“The killed militant was ifdentified as Gulzar Ahmad Ganie resident of Wussan Pattan area of Baramulla. He had exfiltrated in year 2018 and remained there for 3 years and 06 months before infiltrating back in the last week of April. Search for other two accomplice militants is still going on, ” said a police official.

An official said that the searches in the forests are going on. “We are trying to establish contact with militants,” he said—(KNO)