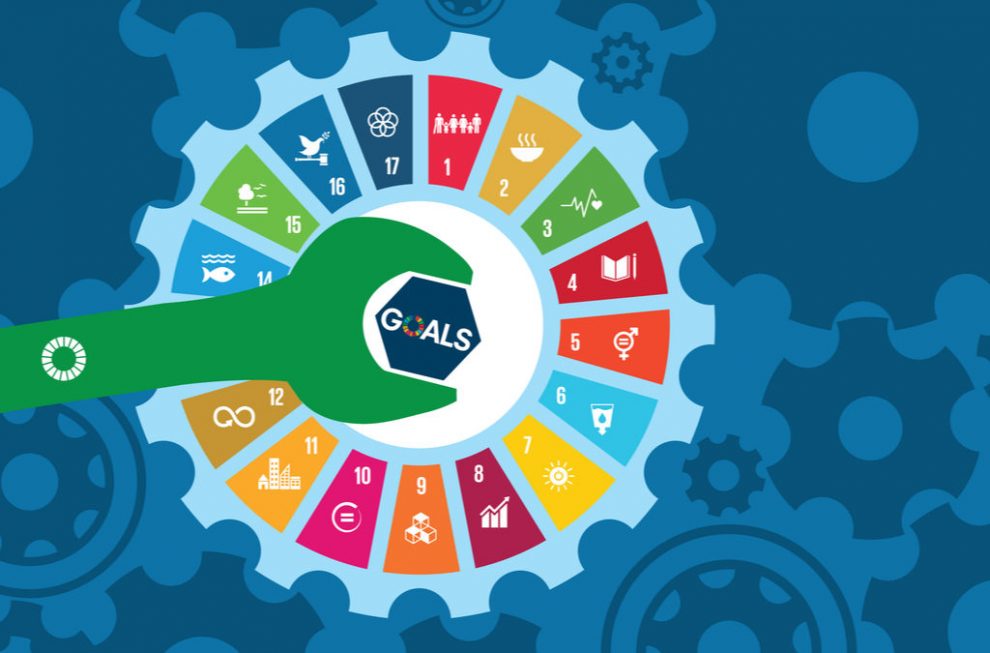 Life goes on as usual, and it has to – pandemic  or  lockdown –  and NITI Ayog has released its 2020 SDG (Sustainable Development Goals) Index. The country’s over-all score has improved from 60 in 2019 to 66 in  2020. Kerala can boast of ranking first consistently and Bihar may lament over its steady backwardness. Inter-State disparities continue and are not upset by the impact of  Covid-19.

SDGs are a collection of 17 global goals designed to be a “blueprint to achieve a better and   more sustainable future for all”. These were conceived post-MDG (2015) by consensus among renowned experts from the UN, NGOs, and private sectors, with a team of economists to  prepare research papers to arrive at most effective targets for post-2015 development agenda within certain core issues like food security, gender equality, health, infectious diseases, nutrition, population and demography, air pollution, governance and institutions, poverty, water   and sanitation, etc., totaling  22. Setting targets and goals and making declarations have been a strategy of the United Nations and its agencies to go forward and make progress though targeted  approach is not always  successful.

NITI Aayog launched this index in 2018 to monitor the country’s progress towards the goals set  in 2015 for 2030 on data-based assessment. It is intended to take stock of the situation and progress and also to stimulate healthy competition between States and UTs in the race to reach the Goals. It ranks States and UTs by compiling a complex index on SDGs. Ranking of States on performance in the social sector including health and education initiated by the NITI Aayog can promote healthy competition. The Centre, as the national head, does not link financing and  performance as States face different kinds of problems due to a variety of reasons affecting    performance.

In competitive federalism in India, policy-making is not a one-way route. A system of Centre-State participation in policy formulation has been evolved consistent with the constitutional scheme of distribution of powers between the Union and States. The share of fiscal resources for the States is transferred to respective States and governments have autonomy to fix their priorities. States need not look to the Centre for policy guidance as a routine. However, States  have to adhere to national objectives. The arrangement facilitates both autonomy and equality.

Kerala’s score on SDG Index 2020 has improved from 70 in 2019 to 75 in 2020. Tamil Nadu and Himachal Pradesh are close followers with a score of 74. At the bottom are Bihar, Jharkhand,  and Assam scoring 52, 56, and 57 respectively. The over-all index score is given on the basis of total performance and States are classified in four groups  — aspirant 0-49; performer 50-64; front-runner 65-99; and achiever 100.  All States have shown improvement compared to previous year. Haryana and Mizoram show the biggest gain. No State remains merely as aspirant, nor anyone has become an achiever.

An assessment by the UN in March of the impact of Covid-19 on the SDGs found that rising inequality due to pandemic will be a common feature in the region. However, the Index shows  no alarming growth in gaps between performers. This year’s index gives greater weight to social inequality instead of economic assessed in the two previous years.

Covid-19 negativity, it is noted in studies, affected several goals of SDG like removal of poverty (Goal 1), eradication of hunger (Goal 2), good health and well-being (Goal 3), decent economic growth (Goal 8), and reduced inequality (Goal 8). Under the combined impact of Covid-19 and  the inescapable lockdown in various degrees, economic and social living are under tremendous pressure pulling the nation away from  SDG Goals.  Still, our performance is fairly good.

The path for SDGs was laid by Millennium Development Goals (MDG) 2000-2015. The focus  then was on over-all progress ignoring inequities within countries. It is considered necessary now to disaggregate data and results by States and by significant categories like gender, economic  status, geographic area, etc., so as to understand the true status of progress and identify areas requiring special attention.

Inequality in various forms is recognised as a principal issue that is undermining over-all  development in our time. Reducing inequalities has become a big challenge in global policy-making. There is consensus in theory that all should enjoy equal access to equal opportunity.   The  Report on UN 2030 and Beyond says that, “Leave no one behind” serves as the theme of  2030 agenda for sustainable development. But, application of the concept in practice is a challenge in many countries, including India. Sectoral, gender, economic and other disparities  intervene and work in both ways to aggravate or lessen the inequalities.

NITI Aayog’s 2020 Index has changed the indicators for assessing inequality omitting economic indicators like rate of household expenditure and adding instead social indicators like SC, ST  and women representation in elected legislatures and panchayats and crimes against SC and ST.

The goal of Health and Well-being is bound to move further away since healthcare is very expensive and beyond affordability of most people in India. While MDG  had three health goals,  SDG set one only to “ensure healthy lives and promote well-being for all in all ages” and to tackle the epidemic of non-communicable diseases, substance abuse, and ill-effects of  environmental hazards. It has been assumed that health involves a broad range of social determinants covered by other SDGs in 13 targets.

Health service concentrating on fighting Covid-19, other programmes are bound to suffer.     Health is related to other goals like poverty eradication, gender equality, education, food security, water and sanitation, etc. Health is actually brought at the centre of the development agenda long before coronavirus struck the world. The pandemic has shown us that sustainability is something that should be taken more seriously by governments. Universal  health coverage is a target in the Health Goal.

Public health cannot be maintained without removing inequities in other spheres. Epidemic and   pandemic control, unlike non-communicable diseases, is impossible without reaching health  services to everybody. Unequal services and unequal utilisation of services (by ignorance,  intent, design, or sabotage) will undermine efforts at fighting the pandemic. No one should be left behind.

Will the country succeed in shifting focus to inequities, vulnerabilities, and rivalries besides  wants and shortages so as to provide healthcare, and minimum amenities to all? Will India handle problems like migrant labour from rural areas, and unorganised workforce in urban areas,  who need and deserve support to get over inequalities? Will the government crush anti-national  forces that undermine efforts at fighting the pandemic by false propaganda and black-marketing  in health goods and aggravating social differences? At the base of all ills is rampant inequalities of various kinds.