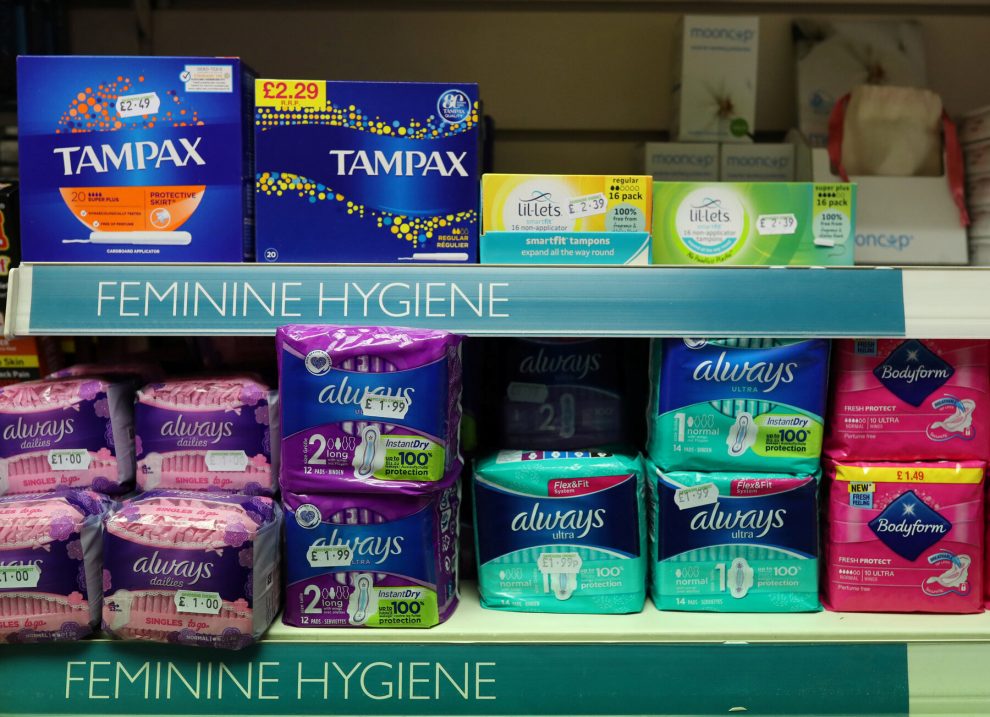 LONDON: Scotland on Tuesday made sanitary products free to all women, becoming the first nation in the world to take such a step against “period poverty.”

The measure makes tampons and sanitary pads available at designated public places such as community centres, youth clubs and pharmacies, at an estimated annual cost to taxpayers of 24 million pounds ($32 million U.S.).

“Proud to vote for this groundbreaking legislation, making Scotland the first country in the world to provide free period products for all who need them,” Sturgeon posted on Twitter.

During the debate, the bill’s proposer, Scottish Labour MP Monica Lennon, said: “No one should have to worry about where their next tampon, pad or reusable is coming from.

“Scotland will not be the last country to consign period poverty to history, but we have the chance to be the first,” she said.

In 2018, Scotland became the first country to provide free sanitary products in schools, colleges and universities.

Some 10% of girls in Britain have been unable to afford sanitary products, according to a survey by the children’s charity Plan International in 2017, with campaigners warning many skip classes as a consequence.

Sanitary products in the United Kingdom are taxed at 5%, a levy that officials have blamed on European Union (EU) rules that set tax rates on certain products.

Now that Britain has left the EU, British Finance Minister Rishi Sunak has said he would abolish the “tampon tax” in January 2021.