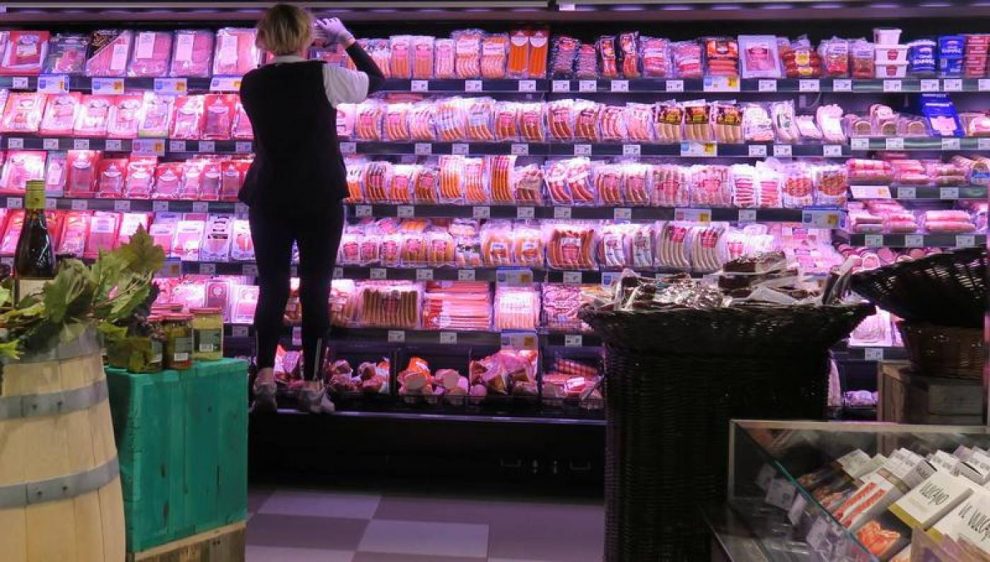 ROME: Policy makers should consider levying taxes on livestock production and meat consumption to reduce the risk of future deadly pandemics, international experts said on Thursday, as they published a study calling for better protection of nature.

“Over-consumption of meat… (is) bad for our health. It’s unsustainable in terms of environmental impact. It’s also a driver of pandemic risk,” Peter Daszak, a zoologist who chaired the study, told journalists at its launch.

Outbreaks of influenza viruses and new pandemic strains have emerged largely because of “incredibly dense production of poultry and pigs in some parts of the world, driven by our global consumption patterns”, he added.

Breeding cattle for beef is another well-known cause of deforestation and ecosystem destruction in Latin America.

The study warned that pandemics will emerge more often, spread faster, cost more and kill more people than COVID-19 without bold action to halt the habitat destruction that helps viruses hop from wildlife to humans.

It also urged governments to step up efforts to avert pandemics, instead of responding after they hit.

Dutch scientist Thijs Kuiken, one of 22 international experts who produced the study, agreed that people should cut back on meat-eating.

“Changing your diet so that you have a sensible consumption of meat is really important for reducing the risk of pandemics, and for conserving biodiversity and nature,” he said.

Daszak acknowledged that the idea of a livestock levy or meat tax was “controversial” but said it was a price worth paying to head off future pandemics.

“There’s a new generation out there who are willing to make those personal decisions that will lead to a more sustainable lifestyle – and we’re hoping that’s going to save our planet in terms of biodiversity loss, climate change and pandemic risk,” he said.

The growing, globalised livestock industry is “very profitable” – and previous studies have suggested taxing meat production and consumption to nudge the industry towards ways of operating that do less harm to the planet and people, he said.

“This is a viable strategy and should be looked at by governments and by intergovernmental organisations as a way forward,” he added.

Rising demand for meat, particularly in developed countries and emerging economies, also threatens biodiversity and contributes to climate change, said the report issued by the Intergovernmental Science-Policy Platform on Biodiversity and Ecosystem Services, which has more than 130 member states.

It pointed to the destruction and degradation of the rainforest in Brazil and other Amazon countries, which is fuelling the carbon emissions that are heating up the planet.

Climate change could, in turn, expand the threat of deadlier and costlier diseases, the experts warned.

Those include tick-borne encephalitis, a potentially fatal illness spread by ticks, which is moving north in Europe.

“The future impact of climate change on emerging disease is likely to be very significant,” he added. “Climate change will cause shifts in geographic range of different species, livestock and people… and that will spread diseases more effectively.”

The study also recommended that the knowledge held by indigenous peoples and local communities should be included in pandemic prevention efforts.

For example, their longstanding expertise in living with, managing and hunting wildlife could be used to inform safer practices, said Bolivian scientist Carlos Zambrana-Torrelio.

Giving forest peoples ownership of the land where they live would also help curb the threat of pandemics, he said.

“By improving land tenure… deforestation will stop in these areas, there won’t be any expansion of agriculture into indigenous communities and that will prevent the emergence of diseases,” he added.

China and the Korean War: A cracked mirror for the (Global) Times?
Surveillance to body cams: Tech under the spotlight in U.S election
Comment