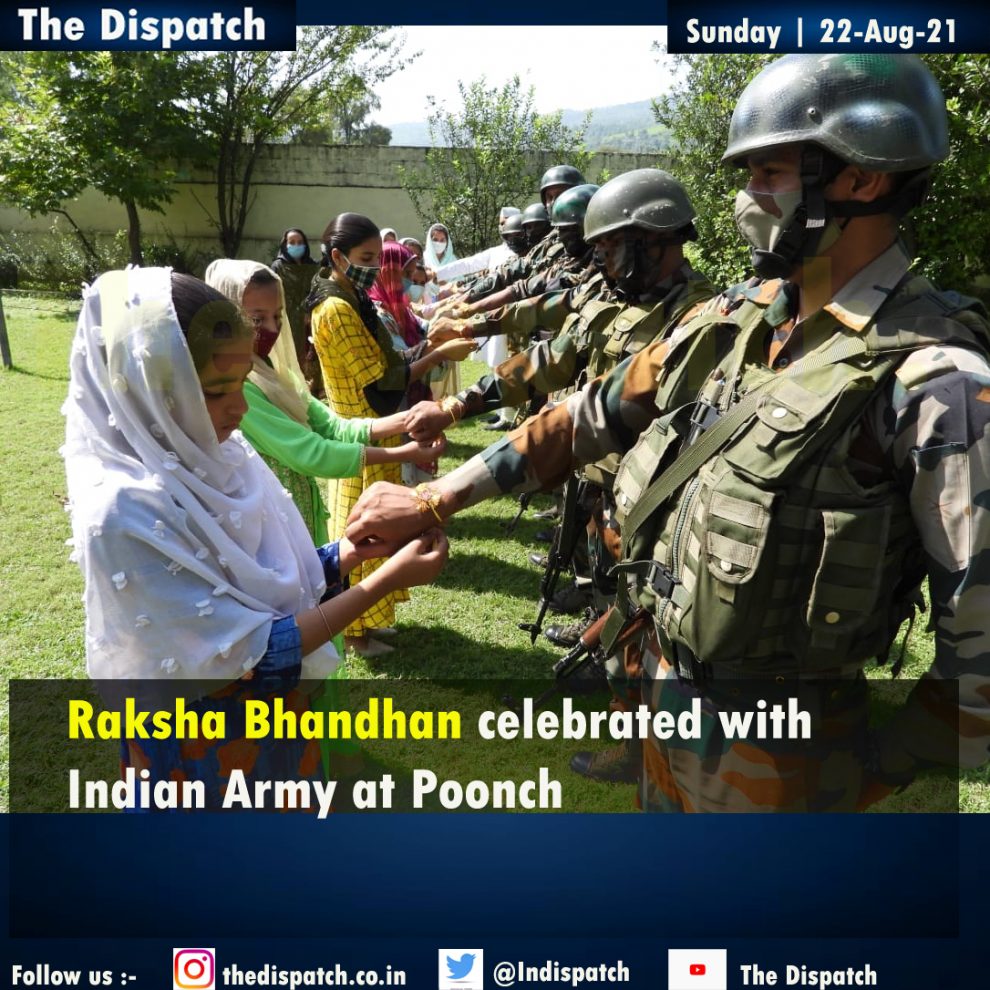 Jammu: Soldiers and paramilitary personnel posted far away from home along the Line of Control and International Border in the Jammu region celebrated rakshabandhan on Sunday as school girls and women tied them rakhis to mark the festival of brother-sister bond.

Events were held at several security installations and camps to celebrate the day, with a number of videos of locals tying rakhi to army, paramilitary and police personnel going viral on social media.

‘Bharat Raksha Parv’ was organised at the Central Reserve Police Force (CRPF) group headquarters in Jammu, a spokesperson of the paramilitary force said.

“Rakhis were tied on the wrists of officers and jawans, and tilak was applied to their forehead by visitors, who also prayed for their long life,” the spokesperson said.

Girls of the National Cadet Corps’ group at the Government Degree College in Bhaderwah in Doda district tied rakhis to soldiers at an army camp.

In a video, a girl, who tied a rakhi to a Border Security Force (BSF) personnel at a camp along the India-Pakistan border in Samba district, was heard saying, “Today, we are celebrating the festival depicting brother-sister bond with our jawans, who are miles away from their families guarding the borders of the country.”

“The purpose of our visit was to make sure that jawans do not feel that their sisters are not with them on this important day,” the girl said.

A woman said she was happy to see the smile on the faces of the BSF personnel.

“We are thankful to our sisters who joined us in the celebrations and made us feel at home despite being away from our families,” a BSF officer said.

In another video, Muslim girls were seen tying rakhis to army jawans near the Line of Control in Mendhar in Poonch district.

Residents of Adarsh Colony in Udhampur district set an example of communal harmony with Hindus and Muslims celebrating the festival together.

A number of Hindu women tied rakhis to their Muslim neighbours, while a Muslim woman also knotted the thread to a Hindu, according to reports.

The festival was celebrated with fervour across the Jammu region.