Home World Affairs School closures and inequality: what do the numbers say? 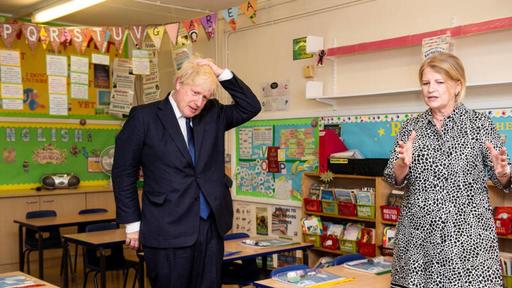 LONDON: A furor in Britain over an algorithm that downgraded exam results of students whose tests were cancelled by COVID-19 is highlighting how school closures impact inequality.

The government on Tuesday bowed to pressure and ditched the predictive mathematical model that had lowered grades for almost 40% of students.

A key concern was that relying on algorithms to determine results can reproduce – or even exacerbate – existing inequality for low-income and minority students, according to education researchers.

From home-schooling to the impact on working mothers, here’s what the data says about school closures and inequality in Britain:

British students have already lost up to 105 days of schooling out of an annual minimum of 190 days due to the coronavirus pandemic and if a second wave hits in autumn, learning could be disrupted further.

The crisis could widen the gap between the haves and the have-nots in society and leave a challenging legacy of inequality. Why?

Children from better-off families tend to spend more time on education: they have access to resources like online tutoring or chats with teachers and more space at home for learning.

The proportion of pupils from the lowest socio-economic background who achieved a pass grade or higher dropped by more than 10 percentage points when the algorithm was used. Among wealthier pupils the number fell by around 8 percentage points.

Children who qualify for free school meals from the government are almost three times as likely to lack access to a computer at home as ineligible children.

8% of working-class families, 19% of middle-class homes, and 33% from households earning over £100,000 per year have spent at least £100 on home learning such as books, subscriptions, and electronic devices during the first week of lockdown.

For most parents, school and childcare closures meant that children are at home requiring care an extra six hours a day of care.

Mothers who step back from paid work during the pandemic by picking up more domestic chores and responsibilities, “could face a long-run hit to their earnings prospects”, according to the Institute of Fiscal Studies.

One in eight families reported they had cut back on food and other essentials because of uniform costs.

For low-income families the impact is even greater, with more than one in five saying they had to cut back.