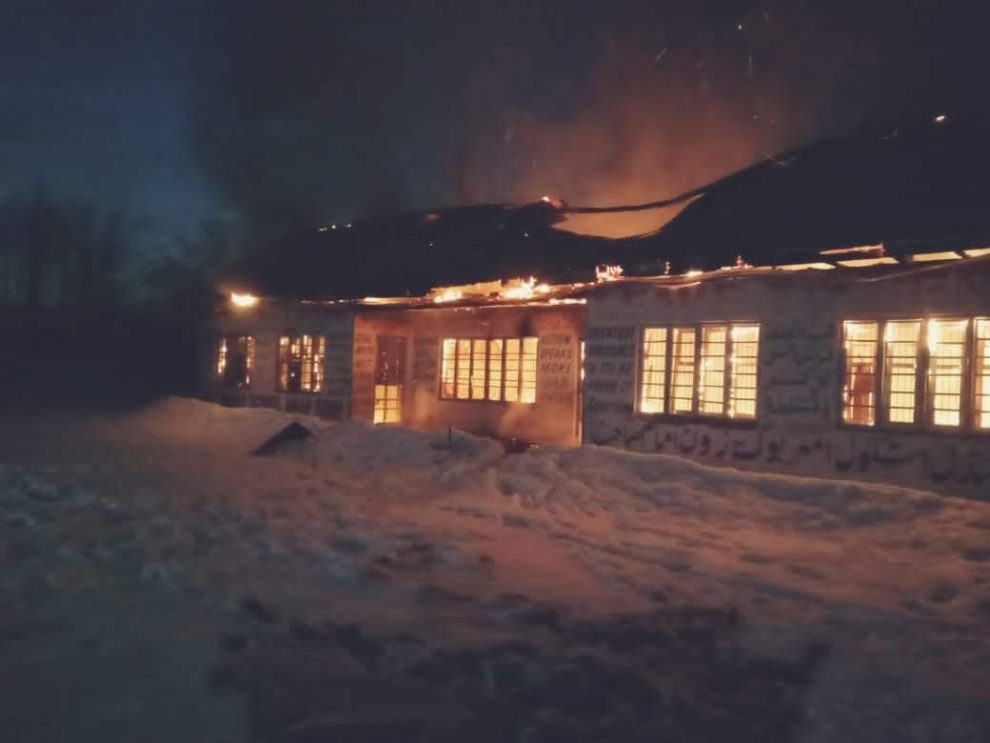 Srinagar, Jan 28: A Government School building was gutted in a fire mishap at Amarbugh village of Imamsahib in South Kashmir’s Shopian district on Thursday evening.

Locals told the news agency that a massive fire broke out this evening at Government School building Amarbugh following which they called officials and tried to douse off fire.

They said that the school building was severely damaged till the fire was doused by fire tenders as well as by locals.

They said that the officials from F&ES were not able to take their vehicle near the school due to accumulation of snow and it took time to douse off the fire in wake of the water crisis in the village. Meanwhile, a police officer sad that fire was put under control while the cause of the fire is being ascertained.