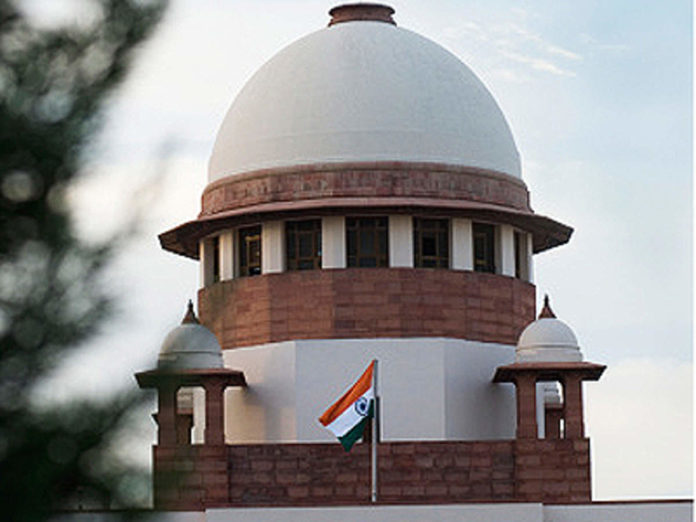 The Supreme Court has stayed the Central government’s decision to remit life term imprisonment granted to Devinder Pal Singh Bhullar in connection with the 1993 bomb blast case.
A bench of Justice Rohinton Fali Nariman and Justice S Ravindra Bhat on Tuesday agreed to hear the plea of former Youth Congress Maninder Singh Bitta and sought the government’s response on the matter. Bitta had contended that decision to remit the term of Devinder Pal Singh Bhullar was illegal and unconstitutional.
He said that the top court had commuted Bhullar’s death sentence to life imprisonment, which meant he had to be in jail for the rest of his life and the government could not reduce the sentence.
In 2001, Bhullar was awarded death sentence by a TADA court and the apex court had upheld the decision.
Supreme Court had dismissed his review petition and the President had also rejected his mercy plea.
After Bhullar’s wife moved the top court seeking to commute his sentence on the ground of his illness and delay on the part of the government to decide his mercy petition, the Supreme Court in 2014 had commuted his death sentence to life imprisonment.