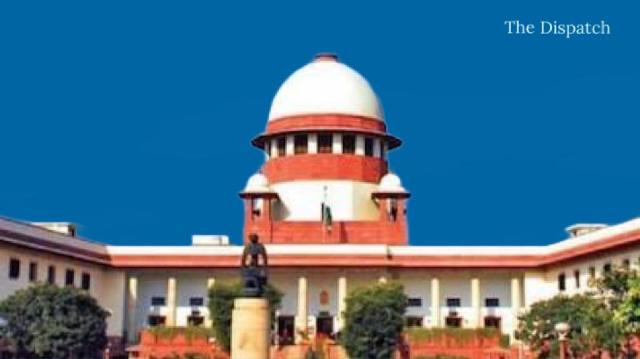 NEW DELHI: The Supreme Court said on Thursday notwithstanding the cruelty involved in “Jallikattu” it cannot be termed a blood sport as nobody is using any weapon and the blood may only be an incidental thing.

“Jallikattu” is a bull-taming sport played in Tamil Nadu as part of the Pongal harvest festival.

A five-judge Constitution bench headed by Justice K M Joseph said though cruelty may be involved in the sport people do not take part in the event to kill the animal.

“Because there is death does not mean it is a blood sport. I don’t suggest that people who are going to participate and climb on to the bulls are going there in order to extract blood in that event. People are not going to kill the animal. Blood may be an incidental thing,” the bench, also comprising Justices Ajay Rastogi, Aniruddha Bose, Hrishikesh Roy and C T Ravikumar observed.

The top court, which Thursday reserved its verdict on a batch of pleas challenging the Tamil Nadu law allowing “Jallikattu”, made the remark in response to the submission of senior advocate Shyam Divan, appearing for some of the petitioners, who insisted “Jallikattu”is a blood sport.

“Blood sport used to be a very common event across the world and it involves animal, fight or contest and great degree of brutality and cruelty. Secondly, there is scholastic material which appears to indicate that there are movements across the world which diminished cruelty from citizen’s perspective. This combined with legal awareness and general reforms,” Divan said.

The bench remain unimpressed and asked,” How are you describing this as blood sport? Nobody is using any weapon. What is your understanding of the concept? Here people are bare handed. There may be cruelty involved but it cannot be termed as blood sport. Don’t show us definitions. Tell us how?”

Divan submitted the term blood sport was used because it included killing or maiming innocent animals.

Referring to a research paper on “blood sport”, Divan said media reports have documented that spectators are injured and even gored to death in and outside the arena of the bull taming sport.

“Blood sport in generic sense means inflicting cruelty on the animal through beating. Now that can happen in different manners in different occasions,” he said.

The top court asked Divan in case it upholds the rules, what mechanism or scheme would he like to be put in place which would improve the condition.

Divan replied that if the court’s decision goes against the petitioners, they will pursue it before a different forum.

Senior advocate Sidharth Luthra, also appearing for some of the petitioners, submitted that merely because the legislature says that “Jallikattu” is a culture it cannot be held to be a culture and there has to be some basis.

The top court had said on Wednesday it will be a “very dangerous situation” if the court made an impression based on photographs placed before it by some petitioners to depict alleged cruelty to bulls during the bull-taming sport.

The apex court had said it cannot hold that the provision enacted in the Prevention of Cruelty to Animals (PCA) Act, 1960 by a state amendment with the assent of the President is “bad in law” because the photographs say so.

The observation came after Divan referred to news reports and photographs to argue about cruelty to the bulls in the game.

In its written submissions filed last month in the apex court, the Tamil Nadu government has said “jallikattu” is a religious and cultural festival that bears a “religious significance” to the people of the state and does not violate the provisions of the Prevention of Cruelty to Animals (PCA) Act, 1960.

The apex court is hearing arguments on a batch of petitions against the Tamil Nadu and Maharashtra laws allowing “jallikattu” and bullock-cart races.

The top court had, in its 2014 judgment, said bulls cannot be used as performing animals either for “jallikattu” events or bullock-cart races, and banned their use for these purposes across the country.

The apex court is considering five questions referred to it by a two-judge bench of the top court in February 2018.

Referring the issue to the five-judge bench, the apex court had said the petitions challenging the Prevention of Cruelty to Animals (Tamil Nadu Amendment) Act, 2017 need to be decided by a larger bench since those involve substantial questions related to the interpretation of the Constitution.