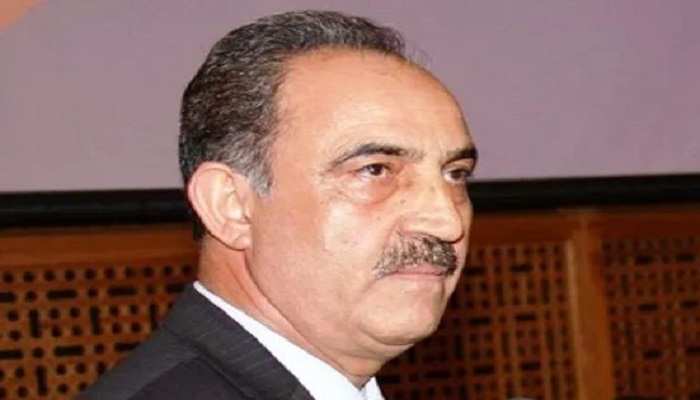 SRINAGAR: The Supreme Court Collegium has recommended Justice Ali Mohammad Magrey to be the new Chief Justice of J&K and Ladakh High Court.

The apex court Collegium headed by Chief Justice of India U U Lalit also recommended the transfer of incumbent Chief Justice Pankaj Mithal to the High Court of Rajasthan, according to the copies of the recommendations.

Justice Ali Mohammad Magrey was born on 8th December 1960 in Village Wattoo, Tehsil Damhal Hanjipora, District Kulgam of south Kashmir. He received a school education in his native village and did his Graduation and LL.B (Hon’s) from the University of Kashmir.

He was enrolled as an Advocate in the year 1984 and started practising law in the District courts, including Revenue Courts/Tribunals; simultaneously started conducting matters in the High Court. Justice Magrey remained as standing counsel from 1986 onwards for the State Financial Corporation; Jammu & Kashmir Bank and SIDCO; Sher-i-Kashmir Institute of Medical Sciences; Power Development Department; Service Selection Board; Jammu & Kashmir Wakf Board.

Justice Magrey was appointed as Additional Advocate General in February 2003 with allocation to General Administration Department, Health and Medical Education Department, Service Selection Board, State Public Service Commission, Estates Department, SKIMS and Vigilance Department. He was appointed as Senior Additional Advocate General in September 2009 with the additional charge of Home Department and appeared and conducted important criminal, Division Bench and Full Bench matters involving important questions of law, on behalf of the State in the High Court as also in numerous appeals in the Supreme Court of India.

Justice Magrey also appeared and conducted important Public Interest Litigation matters, constitutional matters, Service matters, Tax matters, Civil matters involving high stakes and important issues, and Arbitration matters. Justice Magrey appeared in commissions of inquiry also on behalf of the State of J&K etc before being appointed as Permanent Judge of the High Court of Jammu and Kashmir on 7th March 2013 and took the oath of office the next day.

LSD: Around 3200 cases, 138 deaths reported in Kashmir so far
Woman booked in Budgam under PSA for allegedly land grabbing and frauds: Police
Comment