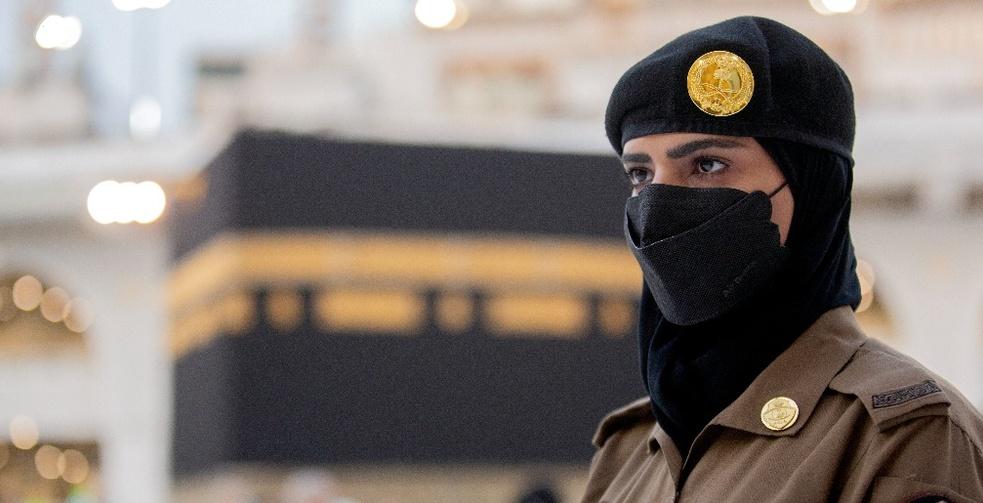 Saudi Arabia government has taken a long-overdue historic step towards the empowerment of women in the country by permitting women to stand guard at Mecca, one of the holiest places in Islam. In a big push towards women empowerment, the Saudi Arabia government has recruited 12 female soldiers to become a part of the security services that monitor pilgrims in Mecca and Medina.

Saudi Arabia’s Crown Prince Mohammed bin Salman has led plans for change in the Muslim country, including lifting a ban on women driving. And now the latest move has been to include women in the security for the holy pilgrimage.

The first group of Saudi women soldiers to work in Islam’s holiest sites, where they are helping secure the haj annual pilgrimage.

For the first time

April 2021 was the first time when women were let in to the security services, and they have been monitoring various holy places in the cities of Mecca and Medina.

Women dressed in military khaki uniforms were seen monitoring the security situation in the Grand Mosque in Mecca.

Along with khaki, they were sporting a hip-length jacket, loose trousers, and a black beret over a veil covering their hair.

People across Twitter hailed the feat. Scores of users called it a key step towards women empowerment.

While adhering to COVID-19 protocols, thousands of vaccinated Muslim pilgrims gathered at Mecca to perform Hajj.

The Hajj, which is one of the five pillars of Islam, will conclude with the Eid al-Adha celebrations.

Saudi Crown Prince Mohammed bin Salman has pushed through social and economic reforms as part of plans to modernise the conservative Muslim kingdom and attract foreign investment under a diversification drive.

“This is a huge accomplishment for us and it is the biggest pride to be in the service of religion, the country and the guests of God, the most merciful,” said Mona, who declined to give her family name.

“I am following the steps of my late father to complete his journey, standing here at the Grand mosque in Mecca, the holiest place. To serve the worshippers is a very noble and honourable task,” she said.