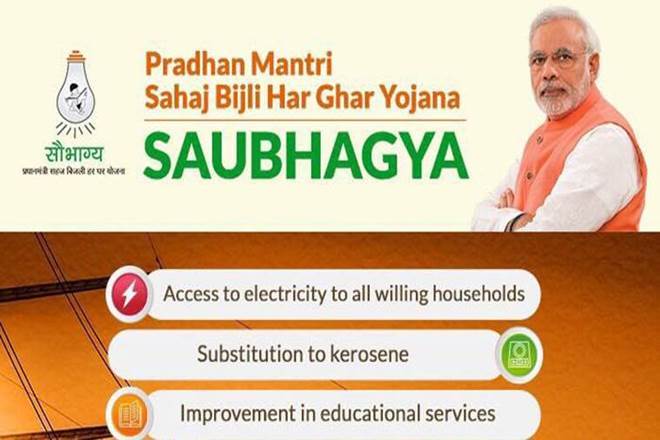 Pradhan Mantri Sahaj Bijli Har Ghar Yojana -“Saubhagya” has completed three years since its inception. Prime Minister Narendra Modi had launched this scheme on the 25th of September, 2017 to ensure electrification of all willing households in the country in rural as well as urban areas.

The scheme was launched with  an  aim to achieve universal household electrification by providing last mile connectivity and electricity connections to all households in rural areas  and all poor households in urban areas across the country.

The scheme was started with an outlay of 16,320 crore rupees. Out of the total amount, the outlay for the rural households is over 14 thousand  crore rupees while for the urban households the outlay is 2,295 crore rupees. As many as over 2 crore 62 lakh households have been provided electricity connection so far under the Saubhagya scheme.