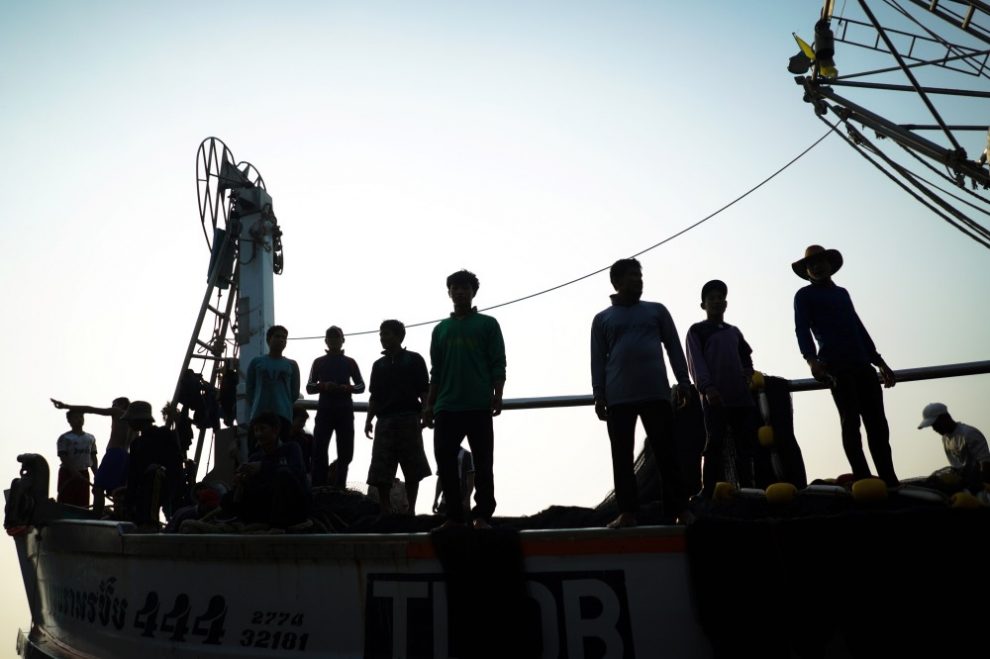 BANGKOK: Fishing vessels with crews of forced labourers behave in systematically different ways to the rest of the global fleet, according to a study purporting to be the first to remotely identify vessels potentially engaged in modern slavery.

“While these estimates are shocking, and indicate an alarming pervasiveness of forced labour in global fisheries, they likely underrepresent the full extent of the problem,” said lead author Gavin McDonald, a project researcher at the University of California, Santa Barbara.

“Our findings can advance understanding of this largely hidden issue and support global efforts to combat this humanitarian tragedy,” he told the Thomson Reuters Foundation.

International media has shone a spotlight on forced labour in the world’s fishing fleet, but the extent of the problem has largely been unknown.

Forced labour, restriction of movement, debt bondage, and poor working conditions are increasingly recognised as part of a human rights crisis in the fisheries sector.

“The study may help to expose widespread practice of labour abuses, human trafficking and slavery on the high seas, affecting hundreds of thousands of fishers on board big industrial fishing vessels,” said Rossen Karavatchev from the International Transport Workers’ Federation.

The U.N. International Labour Organization (ILO) estimates 16 million people were victims of forced labour in 2016, with 11% in agriculture, forestry and fisheries.

The research team compiled 27 different vessel behaviours and characteristics that might indicate forced labour on board and can be observed using satellite monitoring data from Global Fishing Watch, a non-profit that tracks fishing operations.

The report, which was published on Monday in the Proceedings of the National Academy of Sciences (PNAS), contributes to an escalating trend of using remote sensing to shed light on social and human rights challenges.

Remote sensing has been used to detect forced labour in other sectors, but those analyses use satellite imagery of static infrastructure such as brick kilns and fish processing plants which are known to be associated with forced labour.

Satellite imagery has also been used to map rural populations in marginalised communities, and detect poverty by using nighttime lighting as an indicator for household wealth.

“The study is a ‘win’ in giving anti-trafficking actors a new tool with which to identify the ships enslaving migrant fishers,” said Mark Taylor, an independent consultant on human trafficking issues and former U.S. State Department official.

“But it cannot solve the whole problem, and fighting trafficking on fishing boats is made tougher because establishing the jurisdiction of the crime is often very difficult.”