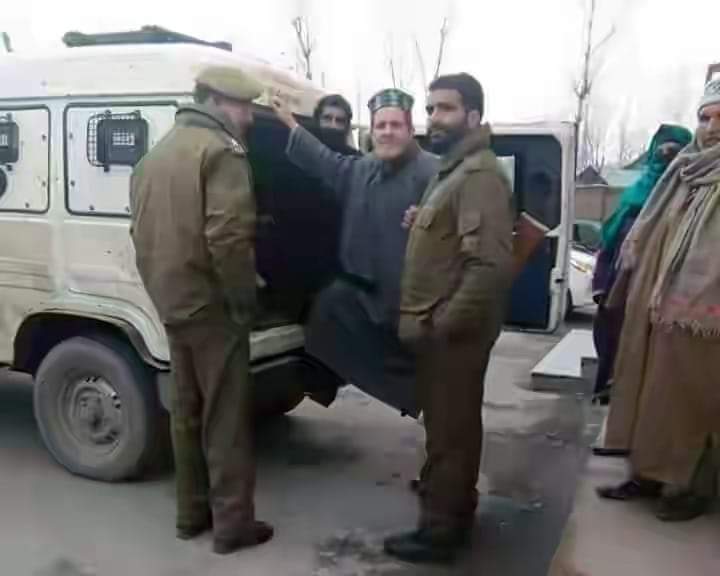 SRINAGAR,  May 15: Two days after delivering Eid speech, a famous religious preacher Sarjan Barkati was on Saturday arrested from his residence, the family said.

His wife Shabroza Akhter told the news agency—Kashmir News Observer (KNO) that Sarjan was arrested by Zainapora police from his residence on Saturday morning.

She said that Sarjan delivered his speech on EID in his native village Reban on Thursday, for the first time after his release last year.

Locals said that he was on the stage for just few minutes in which he talked about Palestine situation.

A police official also confirmed that he has been arrested, however, he didn’t divulged the reasons behind his arrest.

Notably, Barkati was released in last week of October last year after remaining in custody for over four years.

Barkati who had become the face of the 2016 agitation after the killing of Hizb commander Burhan Muzzafar Wani was arrested on October 01, 2016—(KNO)