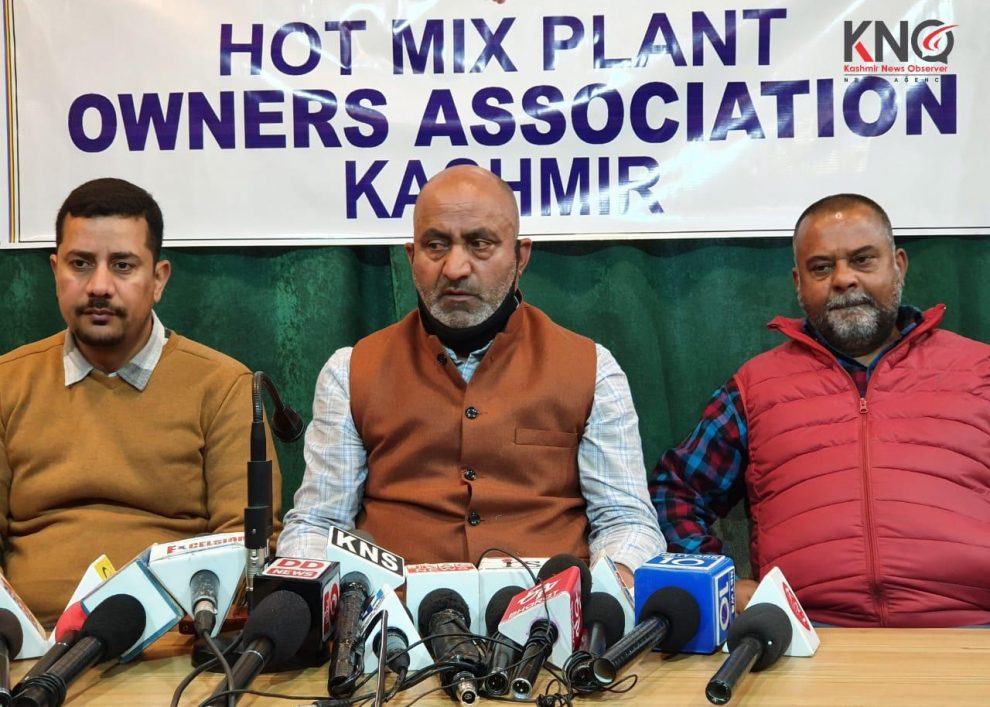 SRINAGAR, Apr 07: Hot Mix Plant Association Kashmir President Bashir Ahmed Khan Wednesday urged the government to roll back the controversial sand extraction, stone quarry and mining contract order so that original natives of Kashmir can earn their livelihood the way they were doing in the past. Khan said that the cost of material has gone sky-rocket forcing the people to suspend the construction works across the Valley.

Addressing the press conference in Srinagar, Khan said that ever since the new law was announced in Kashmir, the cost of sand, Bajri, stone has touched the skies. “We are not getting the material. Contracts are being given to non-J&K residents while natives are suffering for want of materials,” Khan said as per news agency—Kashmir News Observer (KNO)

He said the new contract order has also resulted in the shortage of macadam material as Hot Mix Plant Association is not able to get the material they were getting earlier. “This is why the roads are not being repaired in the Valley. Condition of roads is so bad that travel has become a risky affair,” he said, adding that the contract being to the outsiders is totally one-sided. “In other places of the world, there is a provision of two-sided agreement, here a unilateral decision has been announced leaving the original natives suffering,”he said.

He said at least 100 units of Hot Mix Plant are suffering because of the new contract order where non-J&K residents are looting our resources. He said that on March 16, they received the money from the R&B department for the year 2015. “There should be a mechanism to release of funds at an appropriate time without any delay,” Khan said.