It is said that Samba was principally established somewhere in 1400 A.D. As per folklore, Malh Dev, the younger son of Rai Saidu of Lakhanpur was the founder of Samba, who married into the family of Ghotar a local tribesman. After his marriage he stayed at Samba and made himself the master of the tract with Samba as its capital. Samba ultimately came under the supremacy of Jammu, during the period of Hari Dev in 1816 A.D. In 1822, Suchet Singh younger brother of Raja Gulab Singh was made the Raja of Bandralta and Samba. Historically, Samba has been known for its 22 Mandies which were established by Raja Suchet Singh to whom the District also owes the famous Samba fort. In 1846 A.D it was annexed to J&K by Maharaja Gulab Singh making it an integral part of the state. As a district, Samba came into existence vide Government order No. 1345 GAD of 2006 dated 27.10.2006 with only one Tehsil and 382 villages. As per the latest SRO No. 444 dated 21.10.2014 the district comprises of 381 villages. These villages have been organized into 6 Tehsils, 55 Patwar Halquas and 100 Panchayats. Besides this, four urban towns viz. Samba, Vijaypur, Ramgarh and Bari Brahmana are also part of this district. Famous as land of Rajput warriors the district has produced many gallant soldiers including the recipient of the first gallantry award of Independent India Brigadier Rajinder Singh, MVC. Samba is also famous for traditional Calico Printing, where local dyes and wooden blocks are used for block printing of weaved cotton fabrics (bed sheets). It is for this reason that it is also known as ‘City of Sheets’.

UTTERBEHANI: Utterbehni is another religious place situated on the bank of legendary Devika and is having centuries old temples located at a distance of five kms from Purmandal

SHRI NARSINGH DEV JI TEMPLE: A centuries old temple of Lord Vishnu situated at distance of only 300 Metres from National Highway at Ghagwal attracts thousands of pilgrims during Navratras and other occasions and is a major tourist attraction of the area

BABA SIDH GORIA SHRINE: A very popular shrine where people in lakhs pay obeisance annually and is presiding deity of many clans is situated at a distance of 8 Kms from Vijaypur on National Highway. 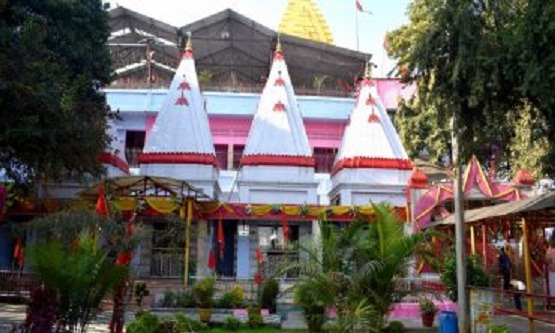 CHICHI MATA: It is situated on National Highway only 2 Kms from Samba town and is very famous temple of the region. It attracts tourists and pilgrims throughout the year.

BABA CHAMLYAL:  A shrine on zero line of Indo-Pak border is visited by Hundreds of Thousand pilgrims from both the sides of India as well as from Pakistan and attracts world media during the annual congregation.