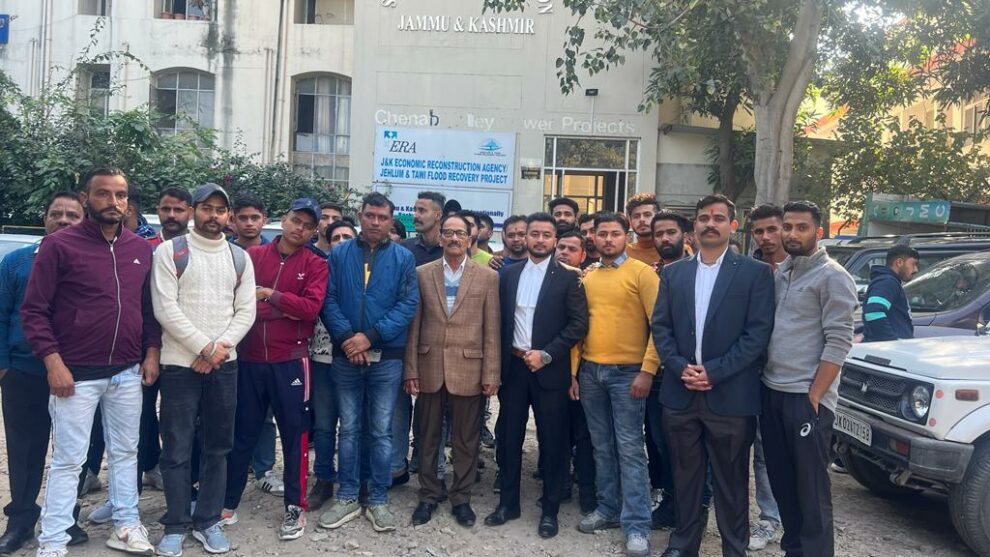 JAMMU: All J&K Saini Sabha (AJSS) and All J&K Kshatriya Yuva Saini Sabha (KYSS) on Tuesday met members of GD Sharma Commission and apprised them about the gross injustice being meted out to them with the inclusion of Saini community in the list of backward classes.

The Jammu and Kashmir Government, on October 22, had expanded the social caste list by including 15 new classes to it, providing them 4 percent reservation in government jobs. The social caste list was redrawn on the recommendations of the Jammu and Kashmir Socially and Educationally Backward Classes Commission which was constituted by J&K Government in 2020, with former High Court Judge, G D Sharma as its head. One of the 15 classes was Saini’s of Jammu and Kashmir. While the first week passed by quietly, Jammu has been witnessing a bizarre situation in following days, with a score of press conferences in support of the decision, and an equal number of protests opposing the same.

It was on the recommendations of GD Sharma Commission, the Saini community was granted OBC status. A sizeable section among the community, especially the youth, have been opposing the decision ever since.

Who are the Sainis? Listed as OBCs, but some don’t want reservation

As per an official handout, Pritam Singh Saini apprised the Commission members that there is gross resentment among the community youth with regard to OBC status granted by the government by including the Saini Community in the lists of reserved category.

“He said that Saini community is a prosperous and economically strong community with high literacy rate, that too above national average literacy rate. Majority population of the community is already serving in government sector, private sector and armed forces at respectable positions, thereby contradicting the belief that Saini’s are economically, educationally and socially backward,” said the handout.

“Our economically poorer peers of Saini Community are already availing the benefits of EWS reservation, and granting them OSC status will deprive them of EWS benefits. Our community never asked for any kind of reservation and we strongly believes that reservation should be based on economical conditions of an individual and we strongly oppose caste based reservation,” Saini said, adding that Saini community doesn’t fall under any of the criteria set by the Mandal Commission Report.

Pritam Saini said that there are certain elements in the community who misguided the government and the Commission members to fulfill their ulterior motives.

KYSS president Suksham Singh said that the Saini community is well off and the community youth has never approached the government for reservation purposes. “Our community strongly rejected this decision to include our Saini (Kshatriya) community of J&K into this reserved category. Our community doesn’t satisfy even a single indicator out of eleven indicators of backwardness specified by the Mandal Commission Report. This is a clear violation of the constitution as well as it hurts the sentiments of our Saini community,” he said.

The Commission Members gave a patient hearing to the delegations’ members and assured for consideration of their demand after going through the facts.