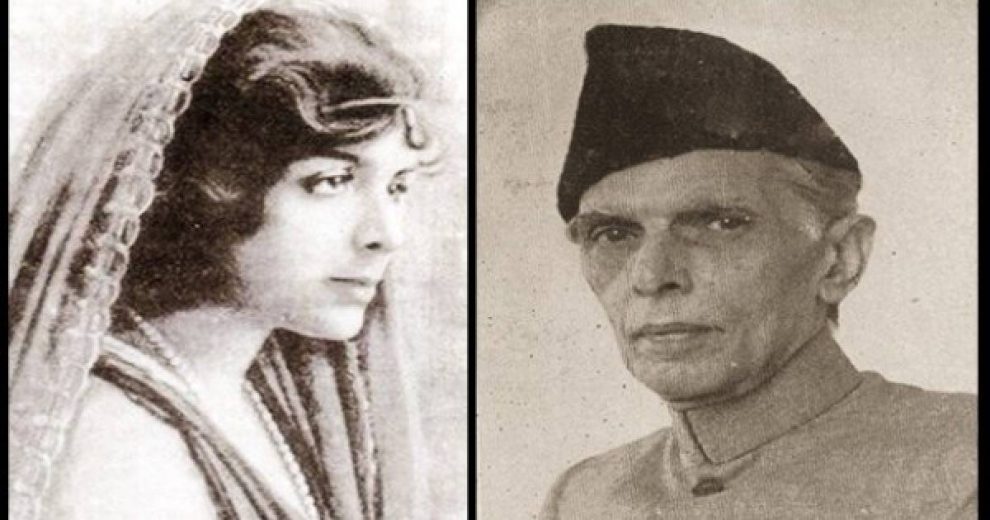 The most important political stake of any democratic politician lies in the election cycle. Jinnah never lost any election to the Central Legislative Assembly that he contested in British India. Mrs Jinnah seemed to have taken a keen interest in the electioneering of Jinnah both the times he contested for a legislative council seat during their married life.

Jinnah had been a member of all three legislative councils that the Minto-Morley Reforms (1909) had created in 1910, 1913 and 1916. But that was before Ruttie entered his life. A year after their marriage, in 1919, Jinnah resigned from his seat (Bombay Central-Muslim) as a sign of protest against the passing of the Rowlatt Acts. By not contesting the 1920 elections, he stayed away from the House to register his protest.

In the 1923 elections, Jinnah decided to return to the enlarged Central Legislative Assembly that had been introduced under the Montagu-Chelmsford Reforms of 1919. But Jinnah’s popularity had increased, not declined, by staying away from the legislature for a full three-year term. Since he had taken a principled stand and had risked his career in politics by doing so, he expected the electorate to show grace. The electorate was on trial, not him, Jinnah would aver.

Jinnah was so confident of his victory that he did no campaigning for himself. He rather concentrated on campaigning for weaker candidates in his political bloc. His wife, however, differed on her stand in this and teased her husband that he should, rather, concentrate on his own campaign. She worked very hard to this end in the 1923 elections. Jinnah did win by a comfortable margin and ended up becoming the leader of the Independent Party in the Central Assembly.

Three years later, Jinnah had to face the electorate again. And he was again so sure of his win that he did not go for canvassing. In the run-up to the December 1926 elections, like the previous hustings, Jinnah rather went to address the corner meetings of like-minded candidates to solicit votes for them. Ignoring her own illness, which had become serious by then, Mrs Jinnah wanted to do something for her husband. When there were no political meetings where she could accompany Jinnah, Ruttie’s wifely duties led her to prepare his favourite sandwiches for him. M.C. Chagla recounts in his memoirs that around 1 p.m., on the polling day of the 1926 elections, Mrs Jinnah brought a tiffin at the Town Hall polling station (the other polling station was at Umerkhadi), where Jinnah was to cast his vote.

Extensive travelling was not unknown to Jinnah, who, being a lawyer and a legislator, had to travel across India. From the day of his marriage, Mrs Jinnah would accompany him in almost all political and official engagements within the country and abroad. The couple spent the last four months of 1918, September to December, in Delhi, as Jinnah was busy in the legislative assembly, especially with the debates around the drafting of what was later to come as the Montagu-Chelmsford Reforms of 1919. The 12th annual session of the Muslim League (30 December 1918), held in Delhi the same year as their marriage, was the first such moot the newly wed couple attended together.

The following year, in 1919, Jinnah was so engrossed in opposing the two infamous Rowlatt Bills (one of which he was able to scuttle) that he had no time to return from Simla to Bombay for his wife’s birthday—her first after their marriage. And she understood his situation, despite it being the first time in her life that there was no commotion around her birthday party. Later, in mid-May, she accompanied her husband to the Paris Peace Conference—where Jinnah was one of the representatives for British India—despite her advanced stage of pregnancy and the baby due in August. By fall, the couple was back in India with their newborn. At the end of December 1919, Mr and Mrs Jinnah left baby Dina with nannies to attend the year-end sessions of the Congress and the Muslim League in Amritsar. That winter, Mrs Jinnah found Amritsar to be ‘rainy and cold and depressing’.

In September 1920, she attended the Calcutta special session of the Congress that passed the motion for non-cooperation with the British administration. She was offended at the treatment meted out to Jinnah at the Nagpur session held a few weeks later, where Jinnah alone had the temerity to stand up to the ill-advised resolution for non-cooperation.

In 1921, Mrs Jinnah’s name figured in a number of meetings and receptions, including those in honour of the Prince of Wales and the dinner at the Viceregal Lodge of Lord Chelmsford. In 1922, Mrs Jinnah travelled to England with her daughter, while Jinnah had to stay back, and returned in early 1923. That year, she accompanied her husband to Lahore for the Muslim League’s annual session, which re-elected him as the president of the league for another three years.

Throughout 1924, which was an eventful year for the Jinnahs, Mrs Jinnah would accompany her husband to legislative sessions and watch his performance from the visitors’ gallery. In February 1924, Jinnah was elected among the panel of chairmen for the legislative assembly. On 13 February, he was appointed a member of the Select Committee to consider the Indian Coinage (Amendment) Bill on a motion by his fellow Gujrati legislator and businessman Sir Purshottamdas Thakurdas. Mrs Jinnah also accompanied her husband to Lahore, where he addressed the annual session of the Muslim League at Globe Theatre on 24 May 1924.

In 1925, Mr and Mrs Jinnah had barely returned from England when they received an invitation from the Aligarh Muslim University, which was celebrating its golden jubilee year. The Jinnahs arrived in Aligarh on 24 December 1925 to attend its fourth annual convocation and inaugurate the industrial and educational exhibition at the university. It was there that Jinnah famously refused the honorary doctorate, saying he wanted to remain ‘plain Mr Jinnah’.

On 10 April 1926, Mrs Jinnah accompanied her husband on a four-month trip to England, her beloved France, Canada and the United States. The Jinnahs left by the ship Kaisar-e-Hind—the same by which Jawaharlal Nehru had taken his wife Kamala for treatment to Europe, three months earlier in January 1926, en route to Geneva. Jinnah was a member of the Skeen Committee, which had to visit military academies in these countries to prepare a report about the viability of a Sandhurst-type military academy in India. Jinnah had long been a vocal advocate of the induction and training of Indians at officer ranks in the British Indian Army. Meanwhile, the Jinnahs sailed to New York in June from Paris that year. There they met the famous Syud Hossain, ex-husband of her friend Vijaya Lakshmi Pandit, who was now working as the editor of New Orient.

In 1927, she was with Jinnah when he proffered what later came to be known as the Delhi Muslim Proposals, suggesting the minimum guaranteed representation acceptable to Muslims. (The 1927 Madras session of the Congress accepted the proposals but this was rescinded the following year when Jinnah had to stay in Paris owing to his wife’s illness). Back in Delhi in 1927, it was in Mrs Jinnah’s presence that the Ali brothers returned to Jinnah’s fold. Maulana Mohammad Ali Jauhar had been disillusioned with Gandhi and decided to make up with Jinnah.

Mrs Jinnah was witness to Jauhar supporting the Delhi Proposals wholeheartedly, taking Jinnah’s side on the Simon Commission boycott and standing by him in the Muslim League split as the faction led by Jinnah’s rival Muslim leader, Sir Mohammad Shafi, broke away. She was also with him at the Simla session of the Imperial Legislative Council in August that year. At a dinner one night, during the 1927 legislative session, Jinnah kept the whole table, which included his wife and Motilal Nehru, roaring with laughter when he told them about a Swaraj Party member who had tried to ask for a bribe from R.D. Tata, Ruttie’s cousin. Jinnah and his Independent Party had worked hard for the passage of the Steel Industry (Protection) Bill, 1927, the primary purpose of which was to save the domestic steel industry from competition from England and elsewhere. One Swaraj Party legislator contacted Tata, who was an industrialist and potential beneficiary of the bill, to pay him Rs 10,000 to cast a vote in favour of the bill the following day. Tata told Jinnah, who called the legislator, who happened to be staying at the same Cecil Hotel, to his room. With Ruttie present, Jinnah told him, ‘You have asked for a bribe. You go to hell. And now get out of our room too.’ The following day, the legislator voted in favour of the bill anyway.

The last major political activity that Mrs Jinnah attended in her life was the annual session of the Muslim League in Calcutta at the end of December 1927. In 1928, she remained ill throughout the year and passed away in early 1929.

Join The Dispatch Whatsapp Group to stay updated
The Dispatch is present across a number of social media platforms. Subscribe to our YouTube channel for exciting videos; join us on Facebook, Intagram and Twitter for quick updates and discussions. We are also available on the Telegram. Follow us on Pinterest for thousands of pictures and graphics. We care to respond to text messages on WhatsApp at 8082480136 [No calls accepted]. To contribute an article or pitch a story idea, write to us at [email protected] |Click to know more about The Dispatch, our standards and policies
TagsMohammad Ali Jinnah Penguin India Rattanbai Petit Ruttie Jinnah Saad S. Khan Sara S. Khan