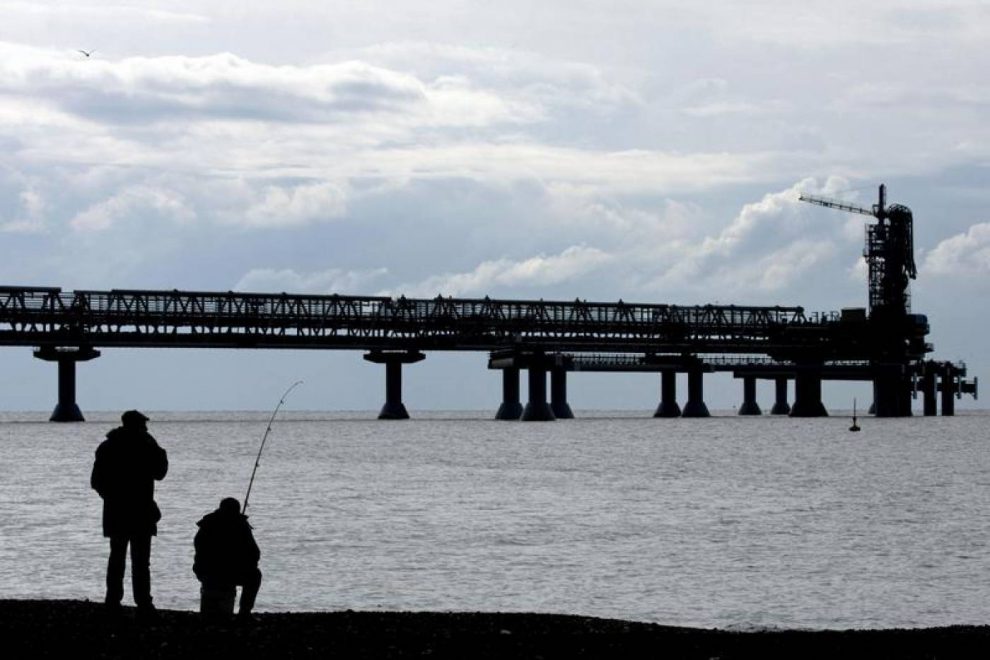 ST. PETERSBURG, Russia: Fossil fuel-rich Russia may not be known as a leader on climate action – but in the country’s remote far east, authorities have launched an unexpected experiment: an effort to try out carbon trading and reach net-zero planet-heating emissions by 2025.

The government of the Russian island region of Sakhalin, in the Pacific Ocean north of Japan, is planning tax breaks, charging stations and dedicated parking lots for electric vehicles, alongside a ban on all petrol and diesel cars by 2035.

Coal-fired power plants will be replaced with somewhat cleaner natural gas and hydrogen-fuelled passenger train lines developed in the region the size of Ireland, Sakhalin officials said, after their net-zero roadmap was approved by Moscow.

The Russian government – which has been criticised by green groups and analysts for setting unambitious climate action goals – in January gave a green light to Sakhalin’s proposal for a pilot carbon emissions trading scheme, a first for the country.

The economy of the Sakhalin region, home to about half a million people, is largely based on fossil-fuel extraction, including coal.

According to its net-zero plan, an inventory of Sakhalin’s greenhouse gas emissions and natural carbon sequestration potential will be carried out by August, before setting up an emissions trading system to start operating in mid-2022.

“This experiment will allow us to try various measures to regulate carbon and evaluate their effectiveness, for later scaling up at the national level,” Russia’s Economic Development Minister Maxim Reshetnikov said in an official statement.

“We hope that investors interested in ‘green’ projects, and companies willing to take on more ambitious climate targets, will be motivated to participate in the experiment,” he added.

About 97% of all coal mined there is currently exported, and coal could remain a reserve fuel for Sakhalin, if technologies were introduced to make the industry cleaner, Alenkov said.

As well as boosting gas for transport and homes – used now by about one-third of residents – there are plans to develop renewable energy, especially on the Kuril Islands, he added.

As the mountainous Sakhalin region is made up of nearly 90 islands, it is suitable for small-scale hydro, wind and solar power as well as geothermal energy, sources that are still under-developed but could improve energy access, Alenkov said.

An assessment of the opportunities for renewable solutions, including the technologies and funding needed, is due to yield its first results this year and investors are already interested, he added.

Sakhalin also hopes to develop cooperation with other emissions trading systems, including China, Japan and perhaps the European Union, and have its carbon credits approved for the international airline CORSIA offsetting scheme, Alenkov said.

Georgy Safonov, a climate policy researcher at Moscow’s Higher School of Economics, said Sakhalin had high potential for bioenergy and renewables, urging the authorities to craft more robust plans for clean energy including green hydrogen, as well as to expand electric transport and forest carbon sinks.

“It is only now we are getting to what many other countries have already realised,” he told the Thomson Reuters Foundation.

But as Russia’s national emissions target does not require any real reductions, it will be difficult to build a nationwide carbon market due to a lack of demand for offsets, he added.

A draft of new carbon regulation legislation, which has been worked out over the last four years, does not include a carbon tax or a national emissions trading system, after heavy lobbying from industry, he noted.

Russia joined the Paris Agreement on climate change in September 2019, but its current climate policies and targets are way out of line with the pact’s goal to limit global warming to “well below” 2 degrees Celsius above preindustrial times, according to research coalition Climate Action Tracker.

Russia’s draft long-term low-carbon development strategy, due to be approved this year, is considered by many experts as unambitious, as it does not foresee reaching carbon-neutrality any time before mid-century.

The country’s first emissions target under the Paris Agreement, approved by President Vladimir Putin last November, aims for a minimum 30% reduction in greenhouse gas emissions by 2030 from 1990 levels, including the carbon stored in and released from forests and other ecosystems.

But Russia’s emissions are already about 30% lower than 1990 levels, without taking forests into account, and just over 50% lower if they are included.

The economy ministry also said in late 2020 the focus for near-term climate policy would be energy efficiency measures, incentives and support for companies to invest in emissions-cutting projects, and an updated methodology to measure forest carbon.

Plans, announced last month, set a new target to increase energy efficiency by 30% from 2019 levels by 2030, after a previous 2020 goal was missed by a long way.

The new target will enable Russia to reduce its carbon emissions by almost half by 2030 from current levels, Deputy Minister of Economic Development Ilya Torosov told journalists.

Alexey Kokorin, director of WWF-Russia’s climate and energy programme, said the Sakhalin experiment was possible because oil and gas companies in the region, including Shell, are keen to shrink their carbon footprint and start producing carbon-neutral LNG as part of the Sakhalin-2 project by purchasing offsets.

“The experiment is certainly good, but Russia also needs to reconsider its national emissions reduction target and make its climate commitments more ambitious,” he added.