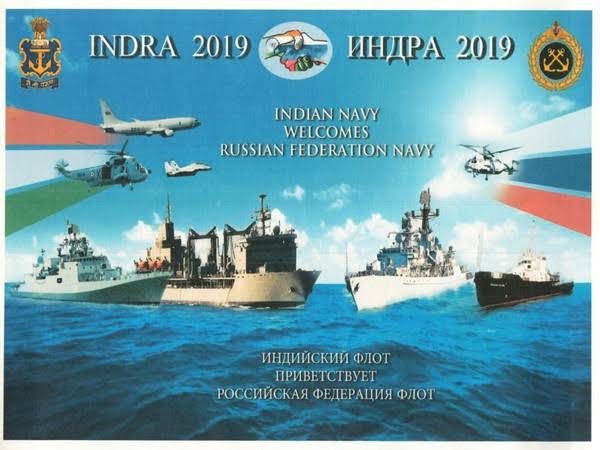 Russian Navy ships on Tuesday arrived in Goa to participate in the second edition of a joint tri-services exercise Indra-2019 with the Indian Navy.
Initially begun as a bilateral naval exercise between India and Russia in 2003, the joint exercise assumed a tri-services scope with corresponding maturity and gradual increase in scope, complexity and level of participation. This year, the naval component of the exercise would be held in two phases and the arrival of Russian Navy ships here marks the commencement of Harbour Phase, which will be held between December 10 and December 15.
This will be followed by the ‘sea phase’ conducted in the Arabian Sea from December 16 – 19.
The Indian Navy ships would be represented by INS Aditya, a Fleet Support Ship and INS Tarkash, a frontline Guided Missile Frigate, MIG 29K, Dornier and P8I aircraft.
Meanwhile, the Russian Navy ships would include Yaroslav Mudry, Viktor Konetsky and Elyna.
The tri-services exercise will help strengthen mutual confidence, interoperability and sharing of best practices between the armed forces of the two countries.
“Tactical operations and drills such as cordon and search, house intervention, handling and neutralisation of Improvised Explosive Devices, prevention of arms smuggling through the sea route and anti-piracy measures will be practised,” said an official release.
This training phase will be followed by a 72-hour validation exercise. Indra 2019 will culminate on December 19 with an integrated firepower demonstration and the closing ceremony.