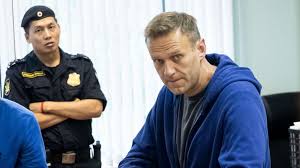 Police raided the prominent critic of President Vladimir Putin, Alexei Navalny, and detained him for a brief period of time.The charges against him were not disclosed immediately.Navalny has been jailed repeatedly in recent years for organising or participating in unsanctioned protests.

According to Al Jazeera, he was detained when police forced their way into his organisation’s office.The raid came a day after Navalny said that the military conscription of one of his allies to a remote airbase in the Arctic amounted to kidnapping and illegal imprisonment.

Navalny, who was considered as the only real challenger to Vladimir Putin, was barred from running in the Russian presidential election in 2017. He was then sentenced to 30 days in jail. He was also attacked with an antiseptic green dye which damaged his vision in one eye.