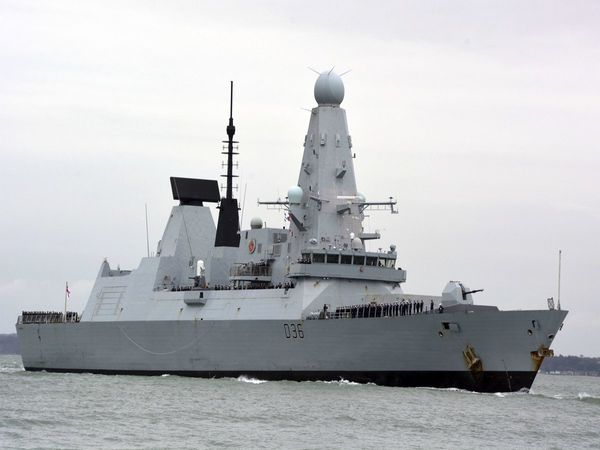 Russia on Wednesday fired warning shots at a British Navy destroyer in the Black Sea after it violated the country’s territorial waters, the Russian defence ministry said in a statement to news agencies.

The HMS Defender “was given a preliminary warning that weapons would be used if the state borders of the Russian Federation were violated. It did not react to the warning,” the ministry said as quoted by the Interfax news agency.

According to the ministry, the incident took place off the coast of Cape Fiolent on Crimea, which Russia annexed from Ukraine in 2014.

The defence ministry added that “a border patrol ship fired warning shots” and then a Su-24 aircraft dropped four bombs along the destroyer’s path.

The ministry said the ship left Russian waters after the shots were fired.

The Royal Navy said earlier in June that the HMS Defender had “peeled away” from its strike group conducting NATO operations in the Mediterranean to carry out “her own set of missions” in the Black Sea.

Incidents involving aircraft or ships are not uncommon at Russia’s borders, especially during heightened tensions with the West, but rarely result in open fire.